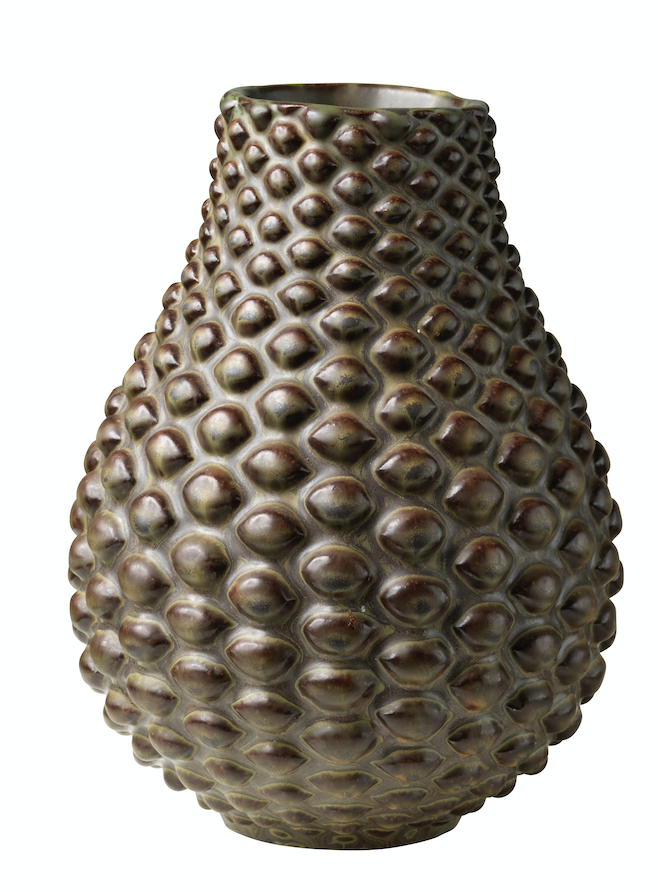 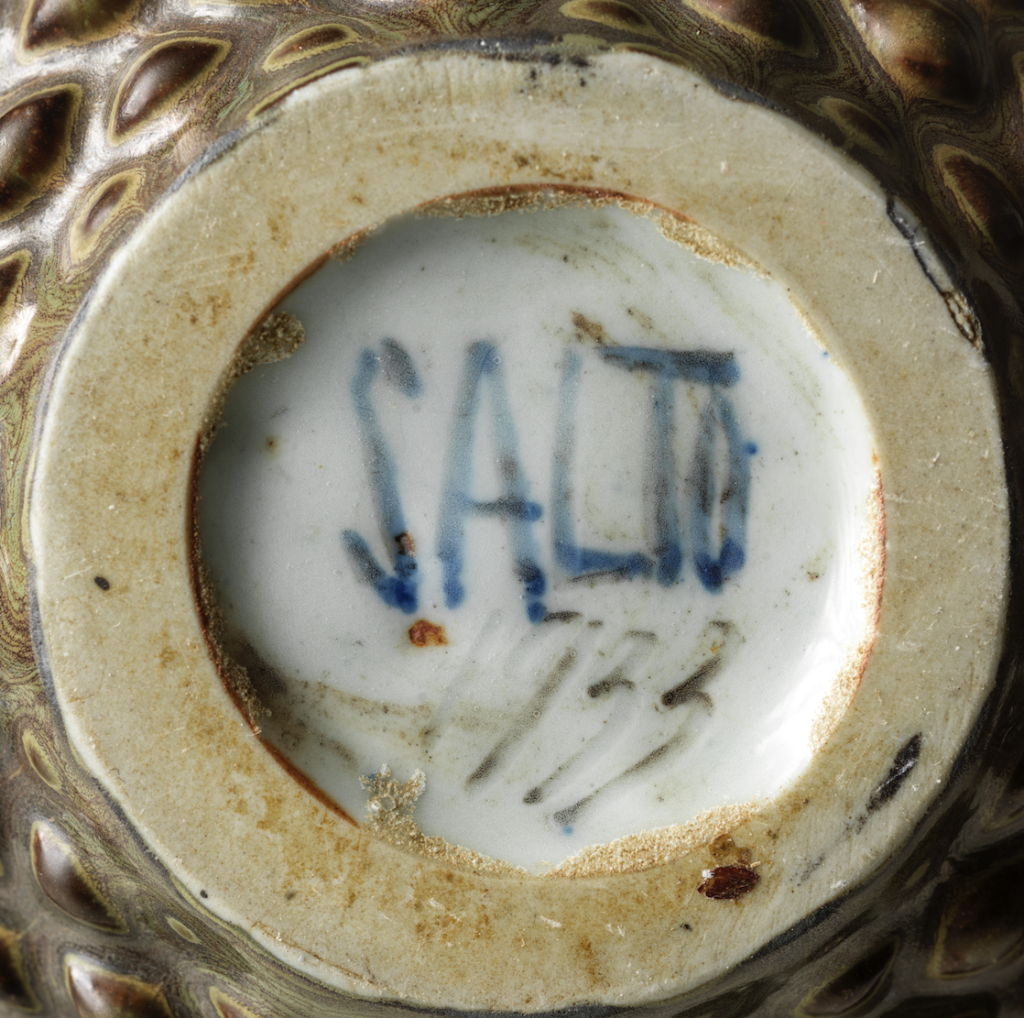 Axel Johannes Salto (1889-1961) was a Danish ceramicist of international fame. His works also include painting, graphic design and book illustrations, jewelry and textiles. As author and founder of the art magazine Klingen (1917-1919), Salto was another important contributor to the art debate in Denmark. He made his debut as a painter in 1911, while his career as a potter took off at the Paris Exhibition in 1925.

He became a student at Frederiksberg Latin and Real School in 1907 and was a student of Holger Grønvold at the Technical Society’s School from 1907. Salto studied at the Royal Danish Academy of Fine Arts from 1909 to 1914 under Peter Rostrup Bøyesen.

In 1916, Salto visited Paris, where he met Pablo Picasso and Henri Matisse. This meeting became a milestone for Salto’s artistic ambitions and his groundbreaking ideas.

In 1921, Salto founded the painting group De Fire, which in addition to himself consisted of Svend Johansen, Vilhelm Lundstrøm and Karl Larsen. The group lived much of the 1920s in Paris, where they worked together. The four artists first exhibited together at the turn of the year 1920/1921 and continued regularly until 1928. The group profiled itself as modern, young and progressive, and its exhibitions were shrouded in debate and controversy.

During the 1920s, his artistic focus shifted from painting to ceramics, and he made around 3,000 stoneware works from 1923 to 1950. A large part of them were made in Carl Halier’s ceramic workshop in Frederiksberg. Among Salto’s first works was the polychrome porcelain (Bing & Grondahl, 1923-25), which was presented in the Danish pavilion at the World’s Fair in 1925 (Exposition Internationale des Arts décoratifs et industriels modernes). This was followed by stoneware in collaboration with Carl Halier (1929-30) and Saxbo ceramics (1931-32). From the mid-1930s he worked mainly with the Royal Porcelain factory in Copenhagen.

Salto developed his ceramic stoneware works throughout his career and experimented with unusually rich glazes and organic shapes. He is mainly known for three styles characterized by ornamental simplification. 1) The fluted style, based on simple repetitive patterns. 2) The budding style, inspired by chestnuts and eucalyptus fruits. 3) The budding style, a reflection of naturally growing plants. Salto used Chinese and classical glazes such as solfatara and sung.

From 1951 to 1959, Salto led the renewal of Sonne’s frieze at Thorvaldsens Museum.