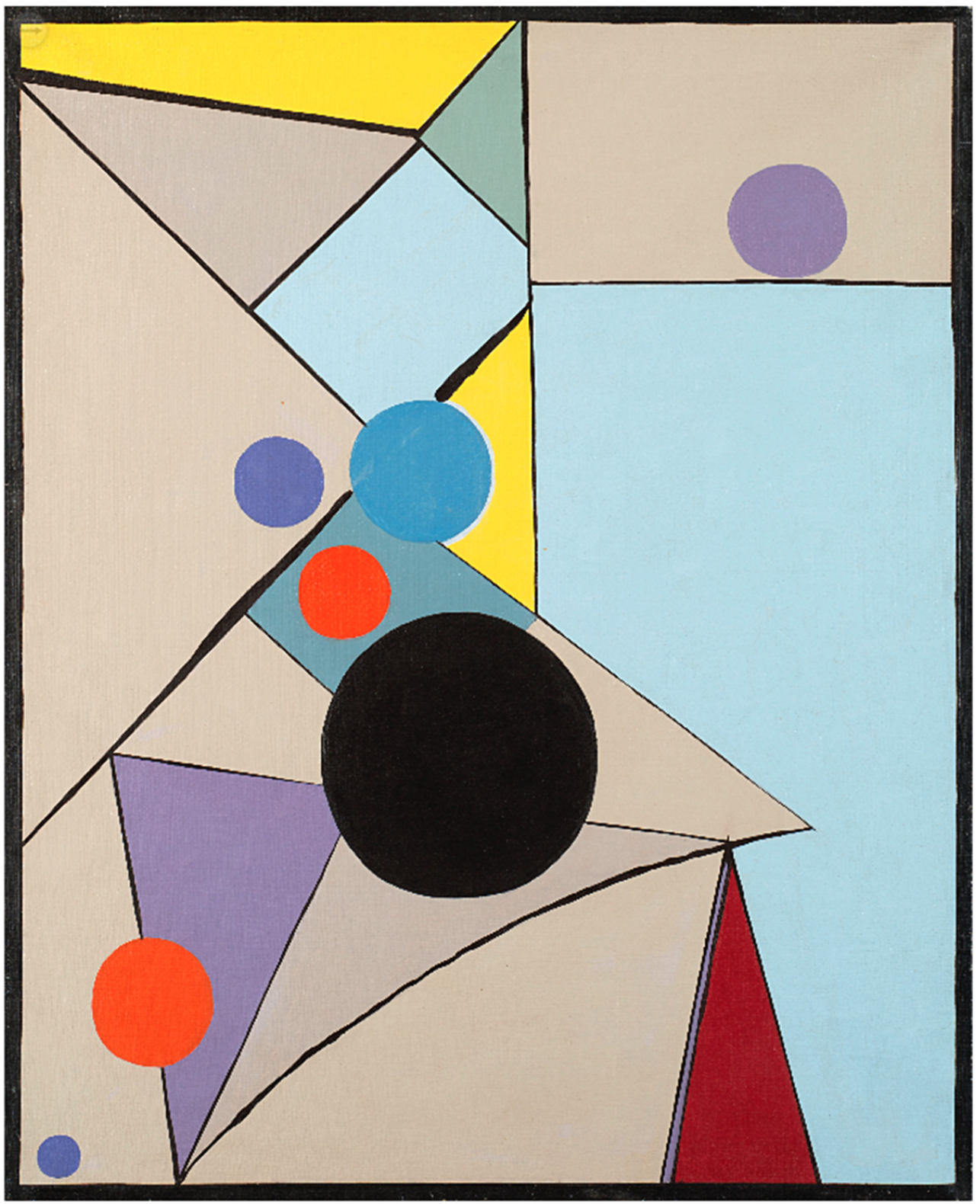 In 1932, Richard Mortensen left the Royal Academy of Fine Art in Copenhagen, for Berlin. Here he met members of the Bauhaus, Kandinsky and Klee and he began working on his first abstract works. Mortensen was later one of the joint founders of the Danish art movements “Linien”.

He moved to Paris in 1947, remaining there until 1964. Mortensen became connected to Galerie Denise René in Paris, which became famous for concrete art. His international breakthrough took place in the early 1950’s, after which Mortensen exhibited throughout most of the world and his later works from this period are concrete works of art characterized by large, clear, bright color surfaces.

Mortensen was awarded the Edvard Munch Prize in 1946, and the Kandinsky prize in 1950, and the Thorvaldsen Medal, 1968. After his return to Denmark in 1964, he received a professorship at the Royal Danish Academy of Art in Copenhagen, which he held until 1980. 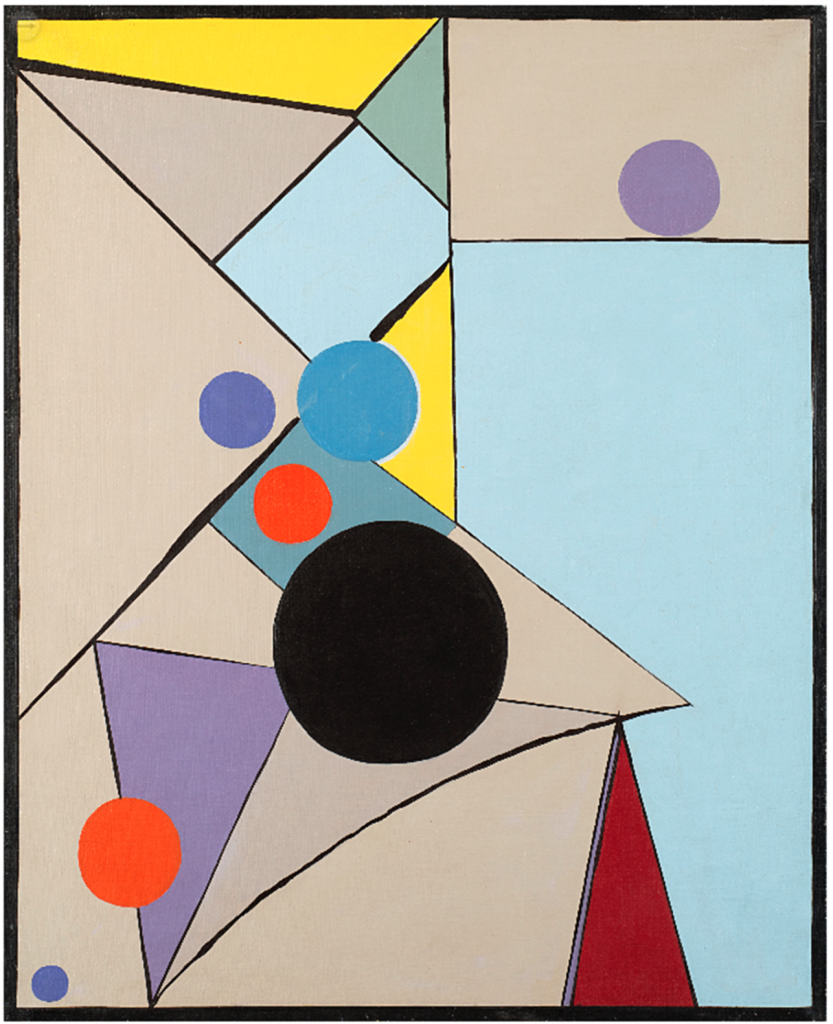