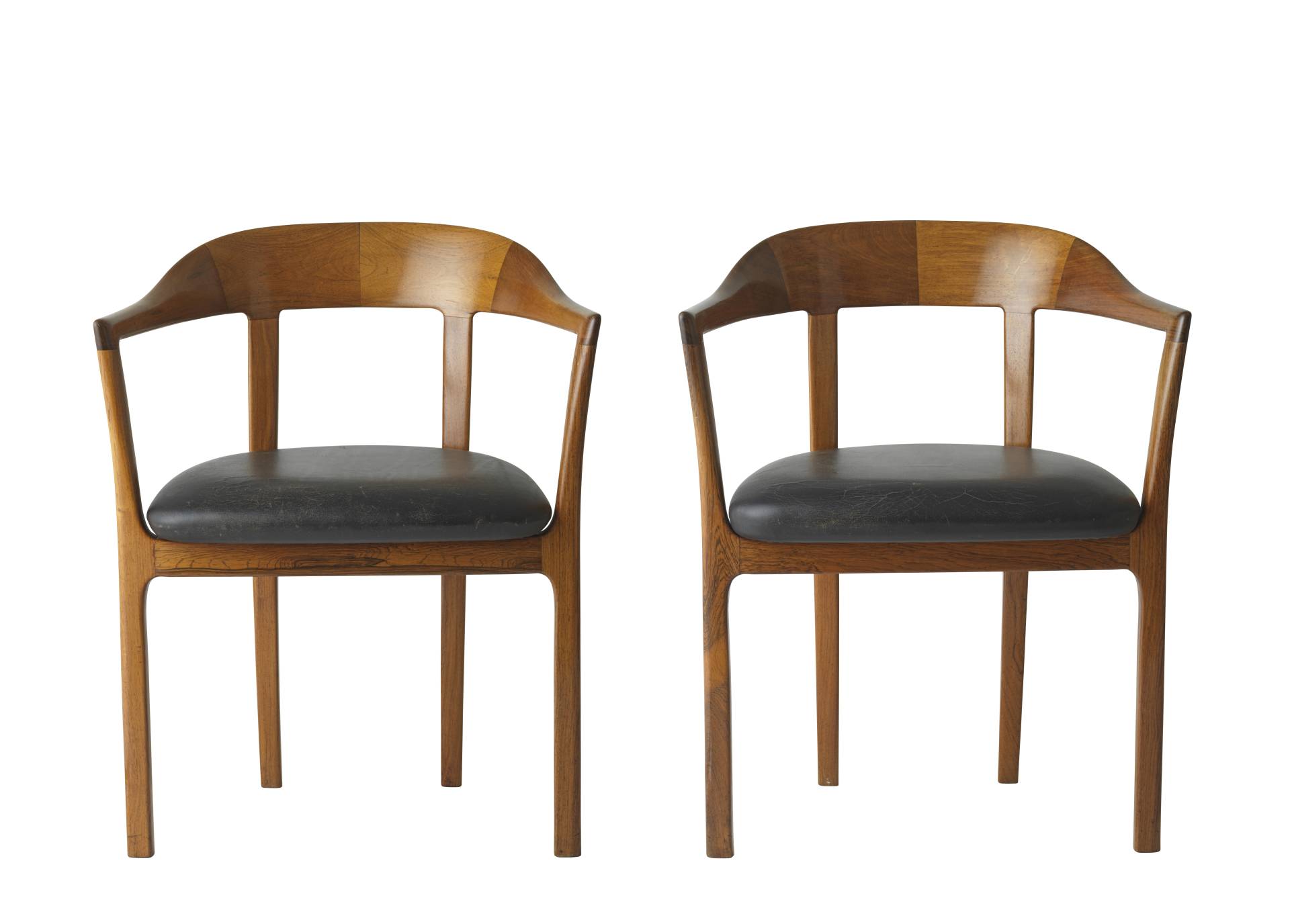 Manufactured and labeled by Cabinetmaker A. J. Iversen

Designed and presented at the Copenhagen Cabinetmakers Guild Exhibitions, Kunstindustrimuseet, Copenhagen, in 1958. 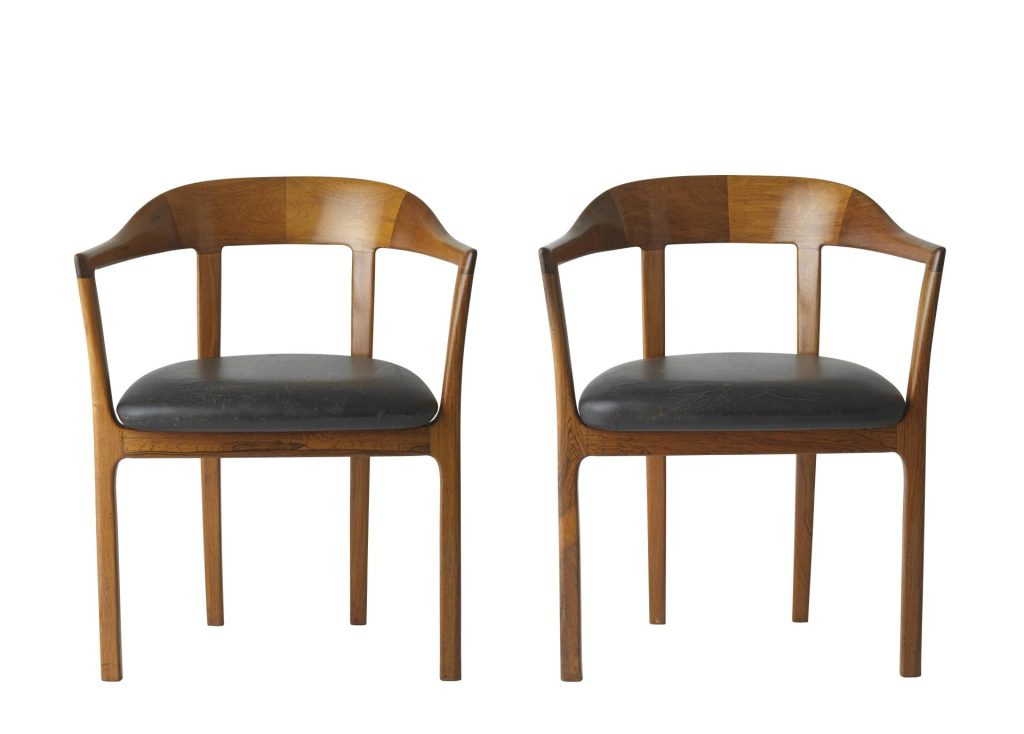 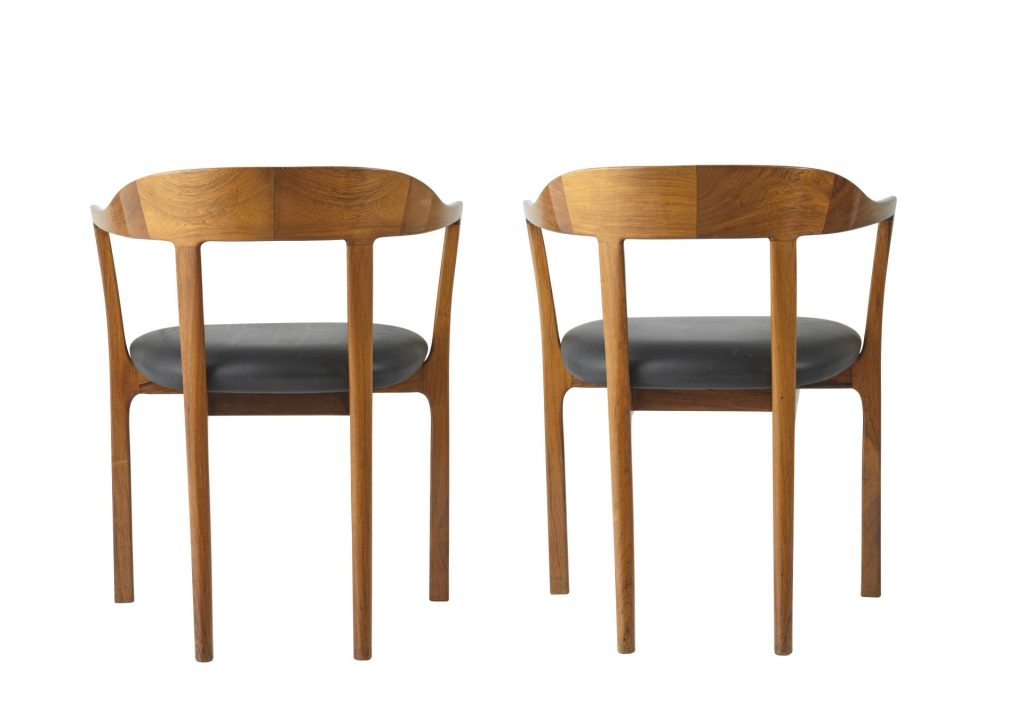 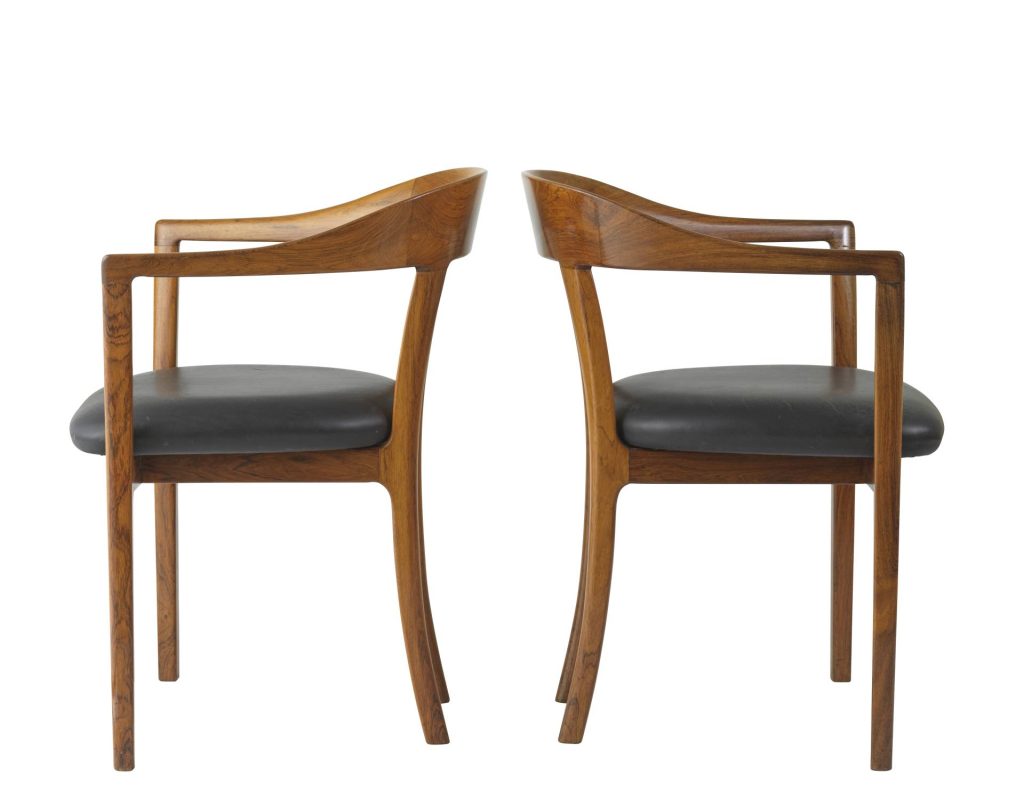 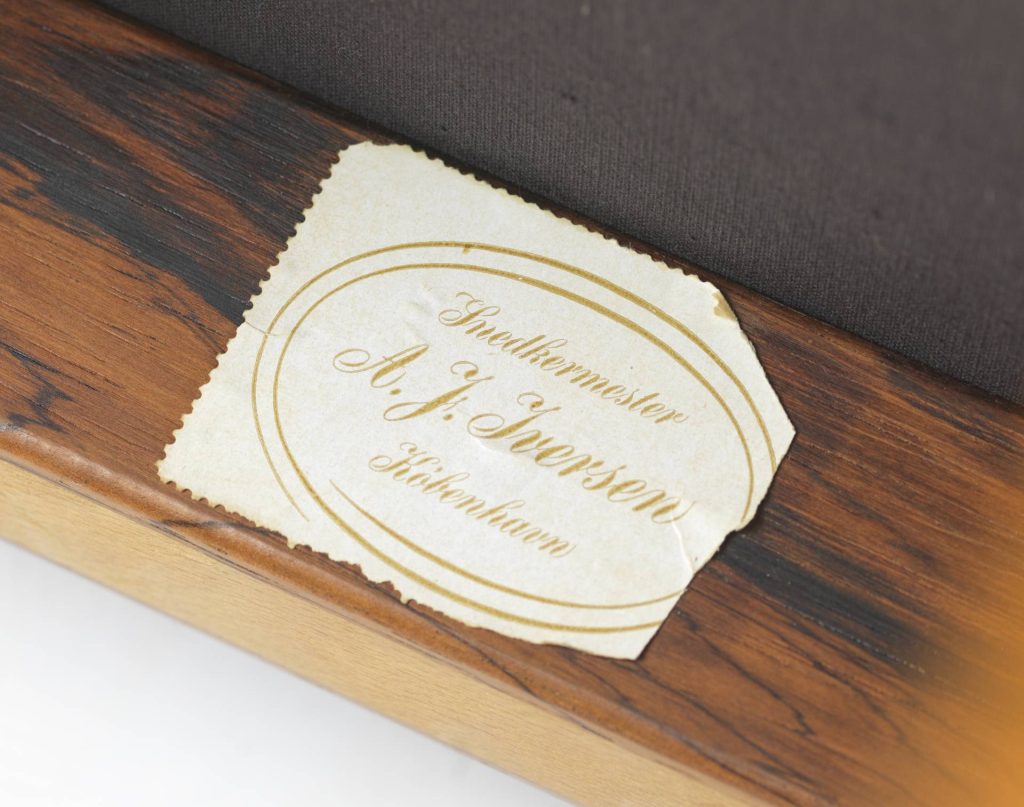 He attended Plockross’ School, Hellerup, but did not graduate, was an assistant at the National Museum in 1924 (Vitskøl Kloster) and studied at the Academy of Fine Arts in the 1940s. He was employed by Kaare Klint 1925-27. He had his own drawing studio from 1928 and also worked as a writer.

He was a teacher in furniture drawing at the School of Crafts in Copenhagen 1931-36, technical consultant for the Danish Society for Nature Conservation 1937-44, secretary of the Academic Architects ‘Association’s competition committee 1939-49, member of the Academy of Fine Arts jury 1940-52, chairman of the architectural section 1949, leader of the Danish Architects’ Association’s exhibition committee from 1951. He was professor of furniture and space art at the Academy of Fine Arts 1955-73, member of the Academy Council 1963-68 and of the Academy 1968-78. He was on the board of Hergildt’s scholarship 1968-70 and sat on the board of the Museum of Art and Design in 1972. He was a Knight of Dannebrog.

Wanscher came to Berlin in 1934, the Netherlands, Belgium and France in 1948 and was on several trips in France, England and Italy since 1950 as well as Egypt in 1951.