A highback armchair upholstered with sheepskin 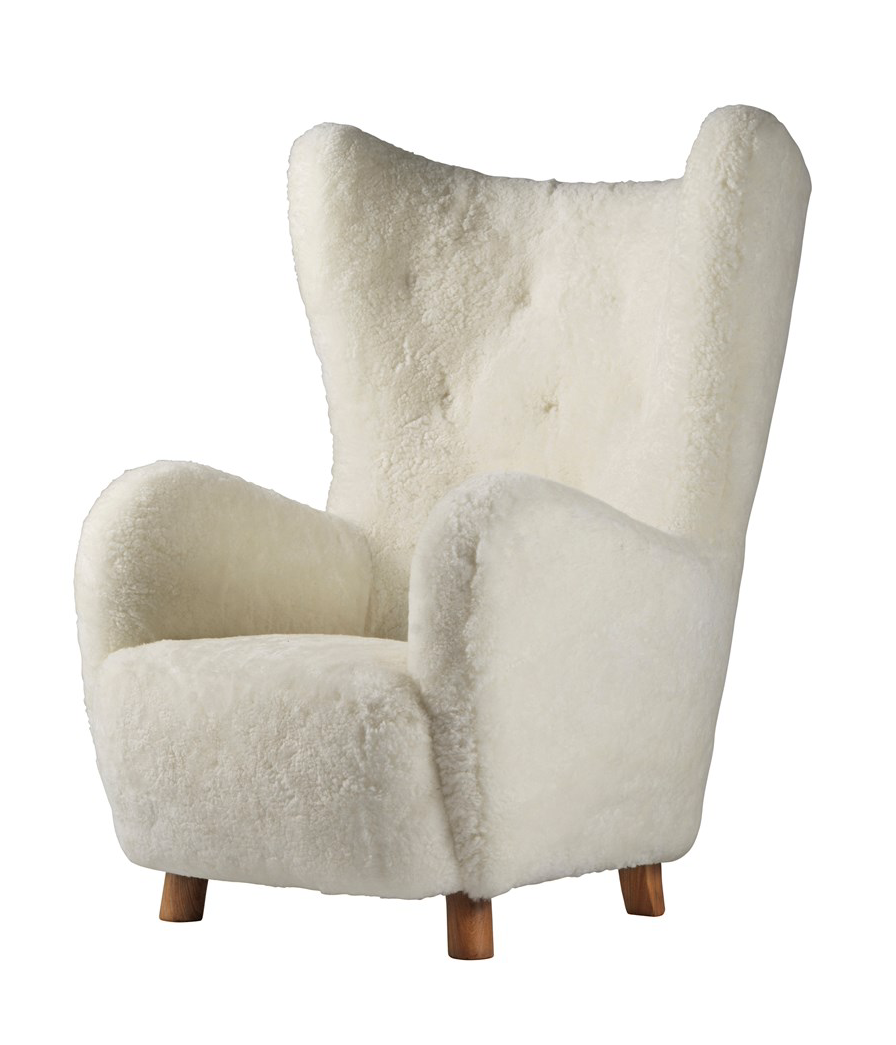 A highback armchair upholstered with sheepskin, legs of beech 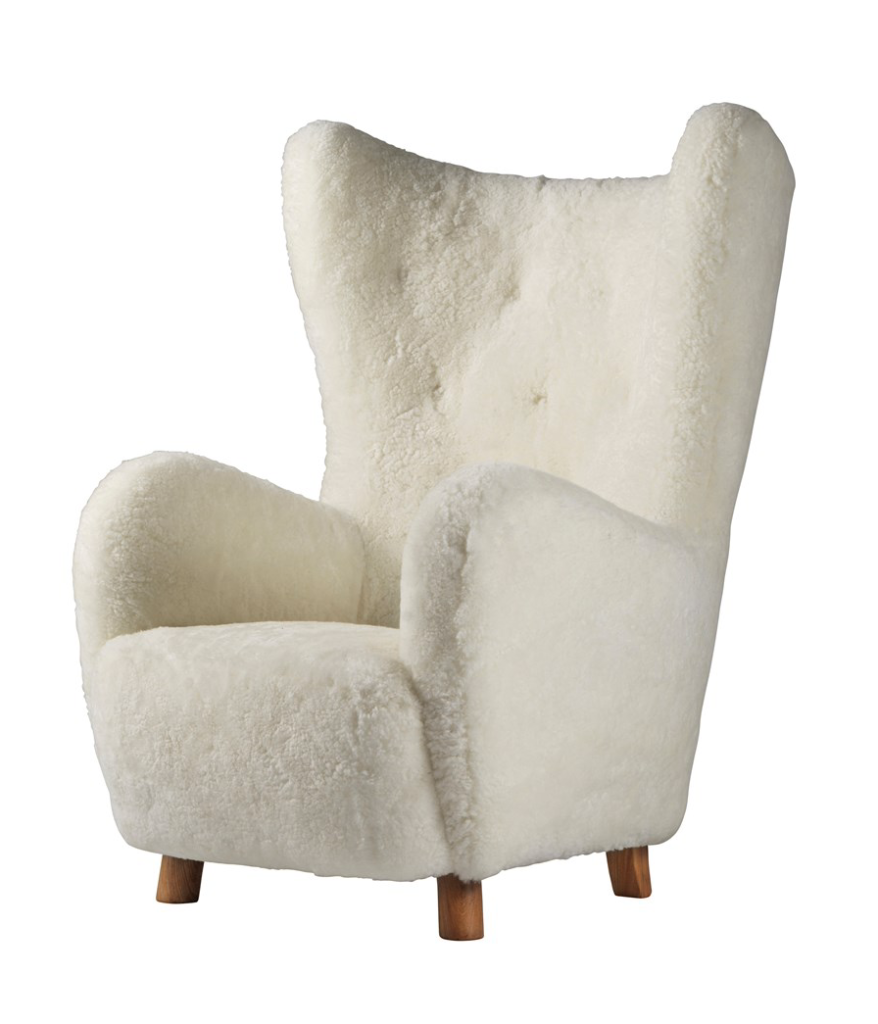 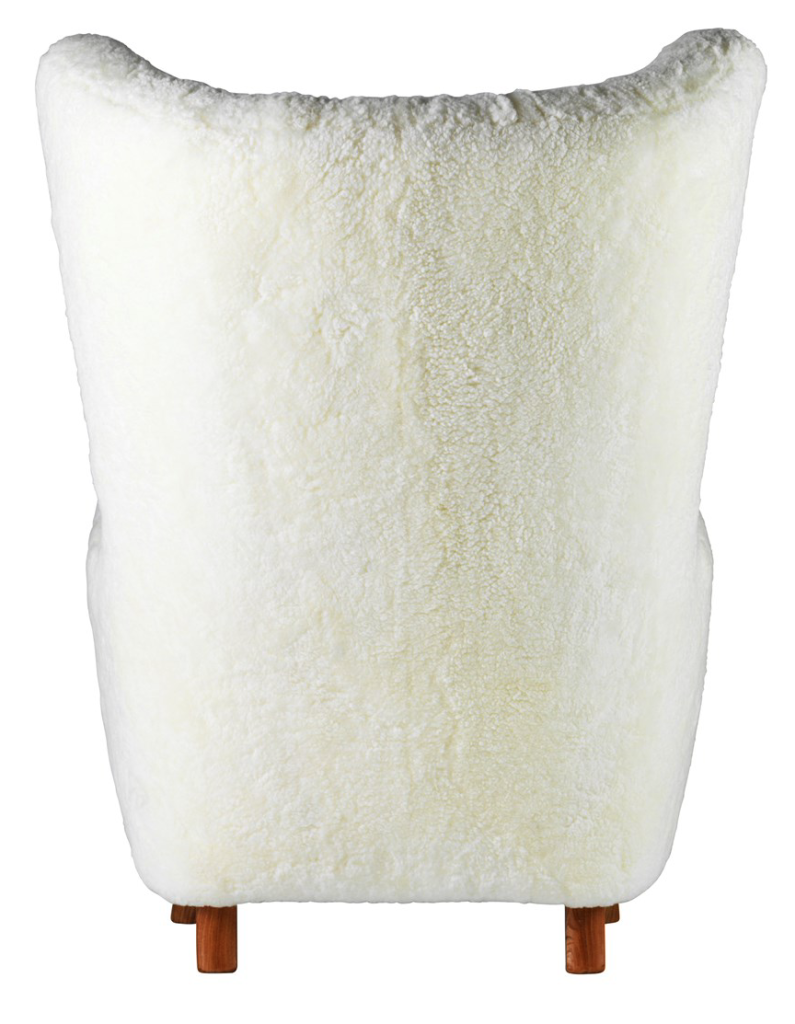 Mogens Lassen (1901-1987) was a Danish architect who was a central figure in functionalism. He was the brother of Flemming Lassen, who was also an architect.

Mogens Lassen was born in 1901 as the son of a decorative painter, later a coffee distillery owner Hans Vilhelm Lassen and the painter Ingeborg Winding and thus a grandson of the composer August Winding. He was a mason and studied at the Technical School in Copenhagen 1919-23, after which he was employed at various design studios, most recently with Tyge Hvass 1925-34. He received his architectural education through working in various design studios. During his stay in France (at Christiani & Nielsen) 1927-28, he became acquainted with Le Corbusier’s revolutionary works, which gave him impulses to design innovative modern villas in reinforced concrete on Danish soil.

He had his own design studio from 1935, was censor for Den Permanente 1939-46 and architect for the same 1939-67 as well as a member of judging committees at several architectural competitions.

In 1962, he designed the iconic Kubus candlestick, which, however, was not put into production until the 1980s by his grandson Søren Lassen. Sales of the Kubus candlestick grew by 30 percent in the first 15 years, but have since 2011 been a huge success with an increase in sales of 80-100% per year. In December 2014, more than 1,000 Kubus candlesticks were sold per day