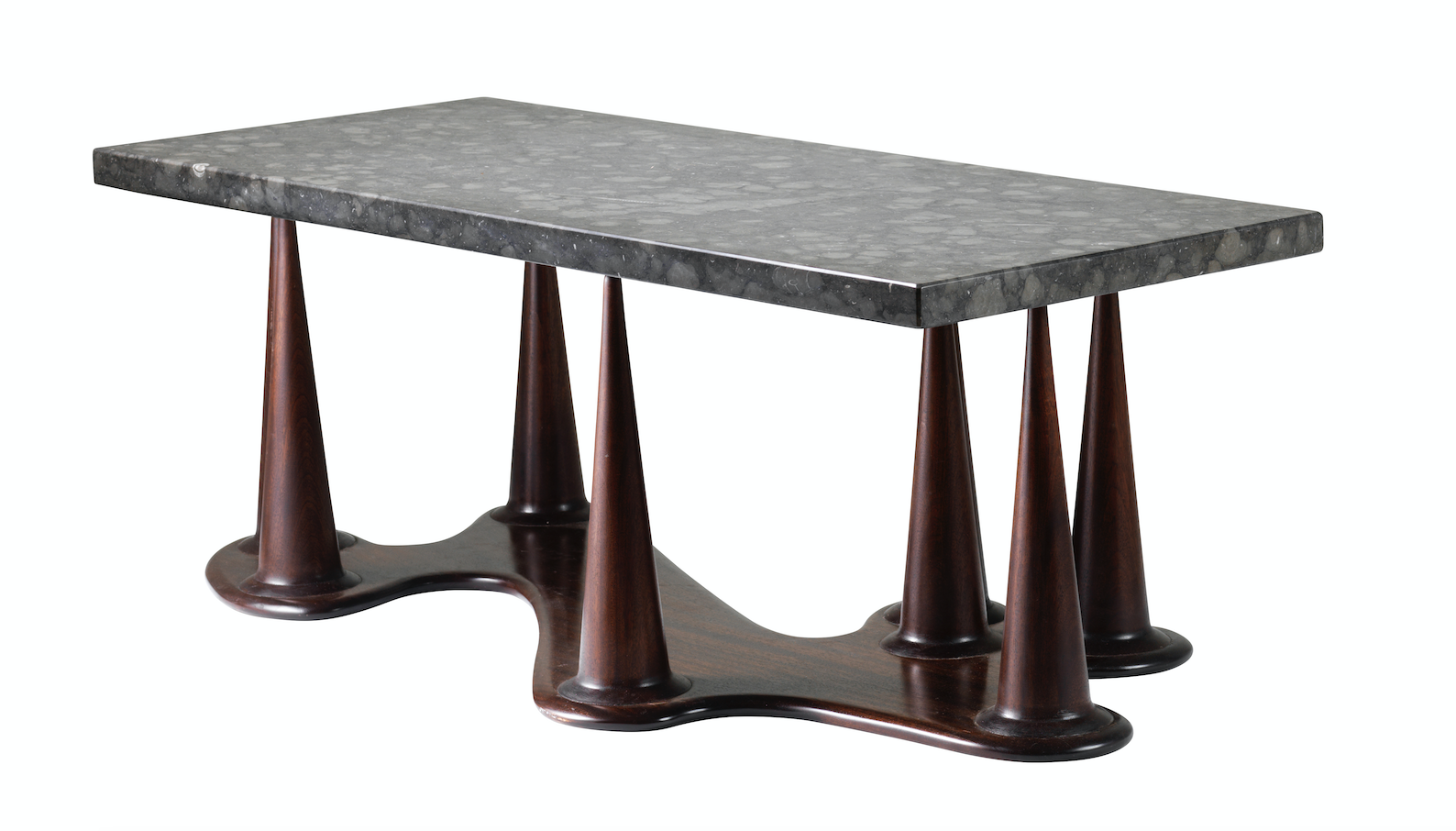 An unique sculptured coffee table with a mahogany base, fossilised marble top with orthoceras inclusions

Provenance:
Designed for the City Hall of Stockholm, Sweden in 1956 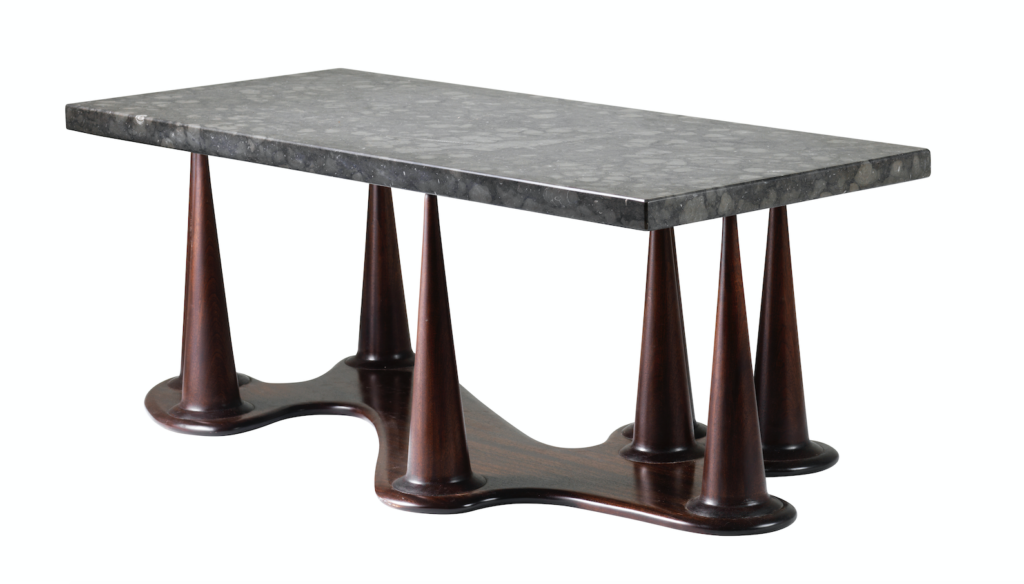 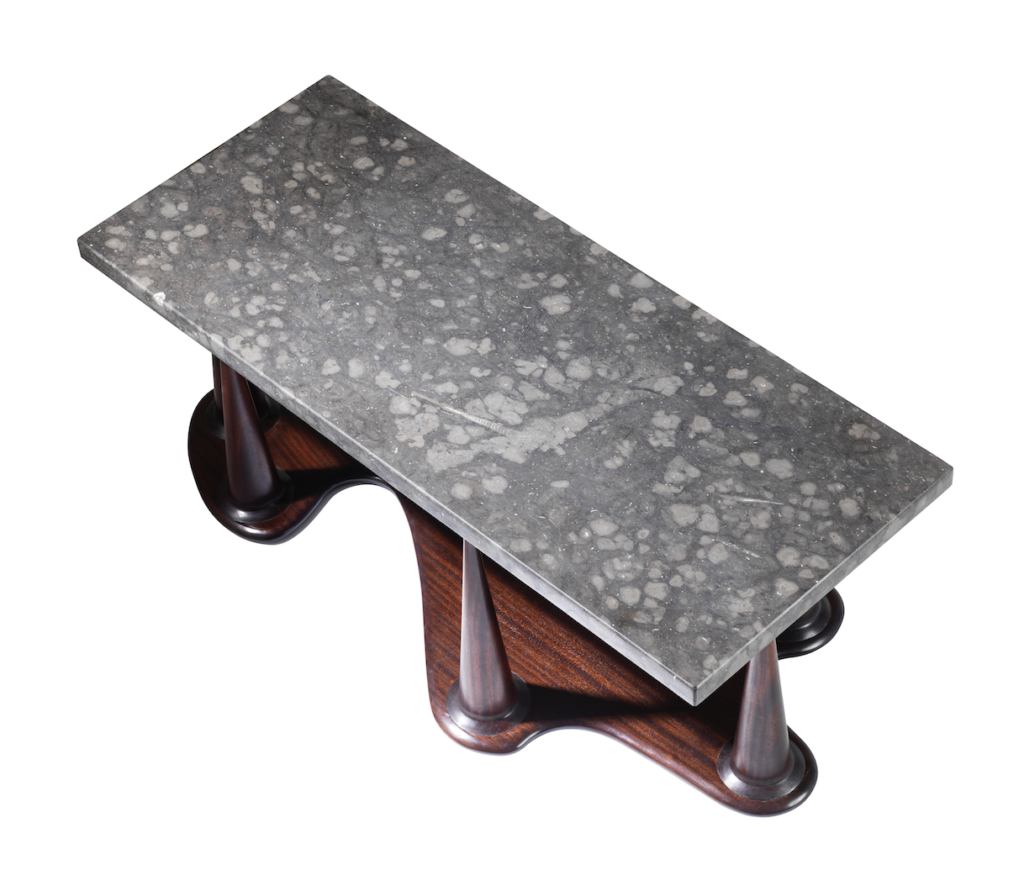 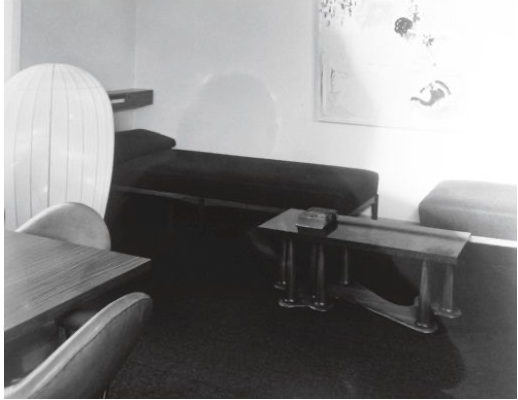 Erik Glemme (1905-1959) was a Swedish designer and landscape architect.

He was born in Jönkôping, Sweden. He trained at the Royal Institute of Technology in Stockholm from 1927-1929. He apprenticed with architect Osvald Almqvist (1884–1950). He was employed at the Royal Institute of Technology as an assistant 1943-1947 and as a teacher 1947-1952. From 1936 to 1956 he was chief architect of the design office of the city of Stockholm Parks Department.

His work includes Mälarpaviljongen, a landscape park on Norr Mälarstrand, which he designed with landscape architect Holger Blom (1906-1996). Other notable works include the remodelling of Tegnérlunden and Vasaparken in Stockholm.