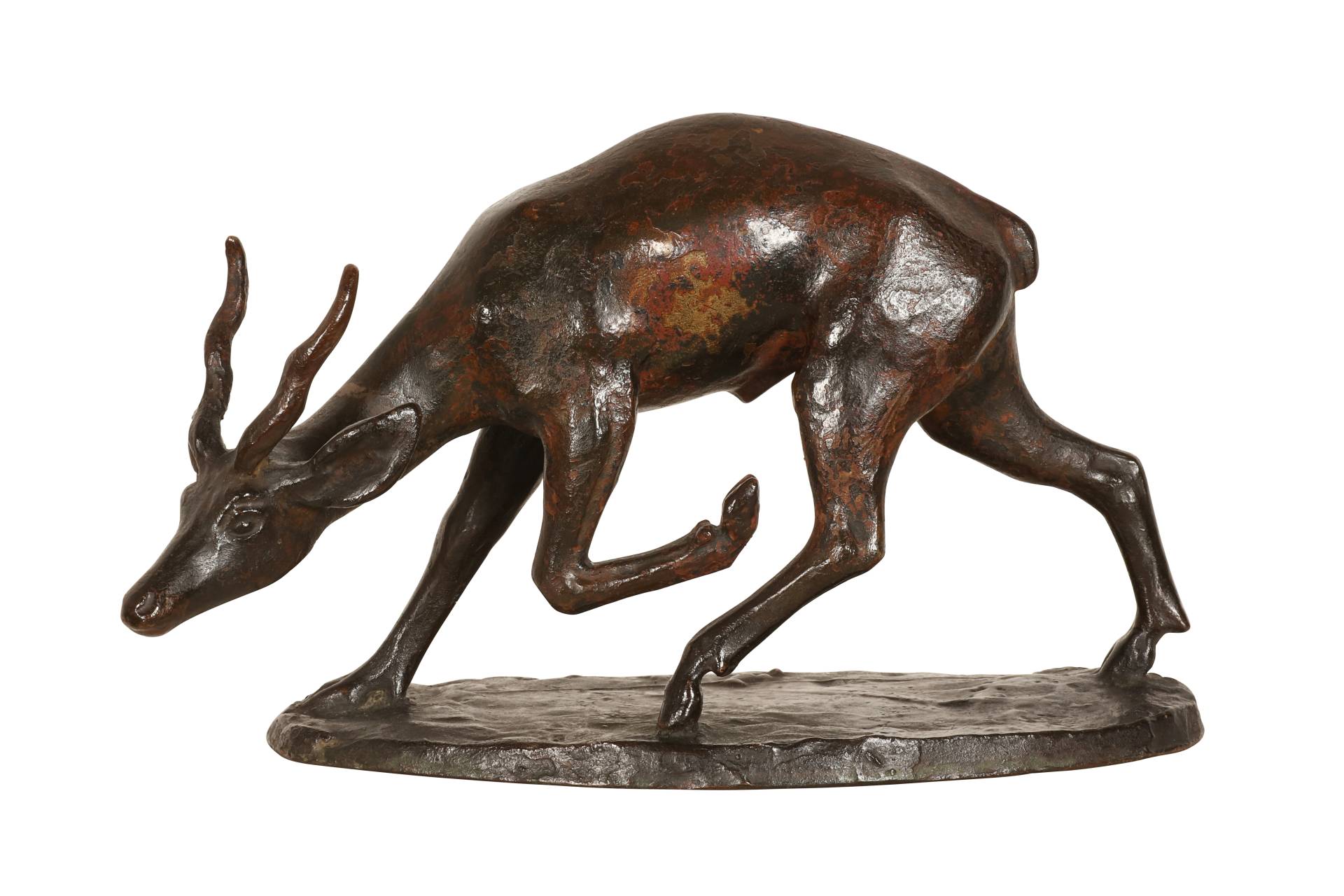 A bronze sculpture of an antelope. c 1910

Provenance:
Given as a gift to a close friend of the artist 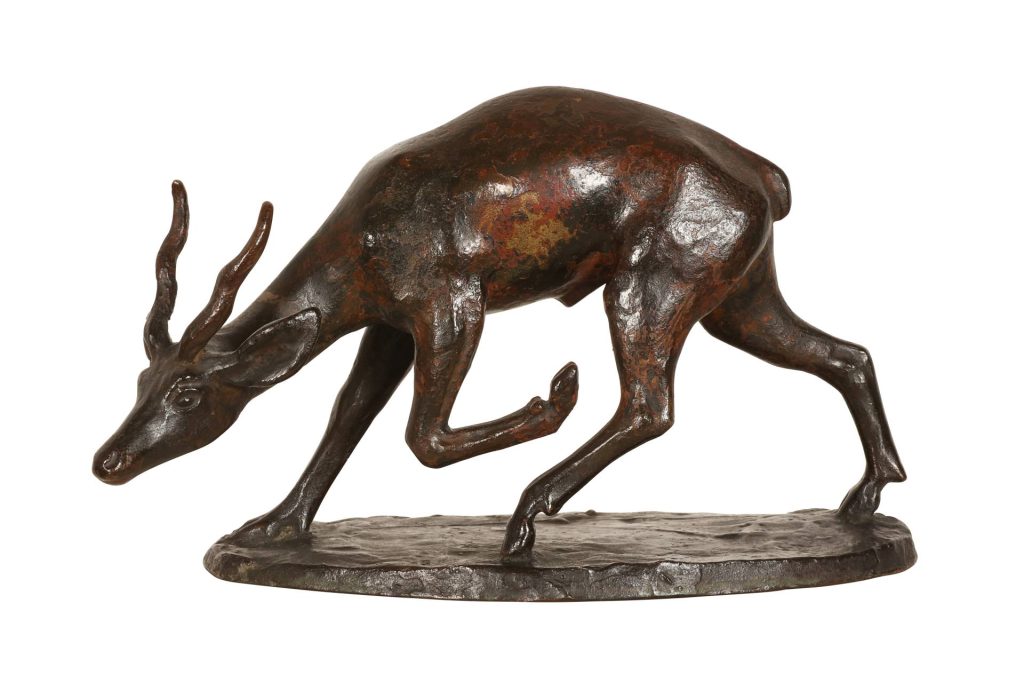 Jean René Gauguin (1881-1961) was a French / Danish sculptor.
He was the son of the French painter Paul Gauguin and the Danish Mette, born Gad.  Jean René Gauguin was the second youngest of a sibling group of five.

Jean Gauguin was trained as a carpenter and worked for a time as a sailor. But it was the sculptures that drew him in, and he came to subsist as a sculptor, though he received no education in this field. As a sculptor, he worked with wood, bronze and stone. He became an artist at Bing & Grondahl in 1923, and he worked in faience for, among others, French Sèvres.

At the Olympics in 1924, he won a bronze medal for the bronze statue the Fistfighter. The Fistfighter is now at the Statens Museum for Kunst together with other of his sculptures.  A couple of his statues are located at Ceres Park & Arena in Aarhus, a version in plaster and cement of Nævefægteren (also called Urkraften, 1926) and Fodboldspillere (1936),  while Diskoskasteren at Riisvangen Stadion,  also in Aarhus, formerly stood at Ceres Park.