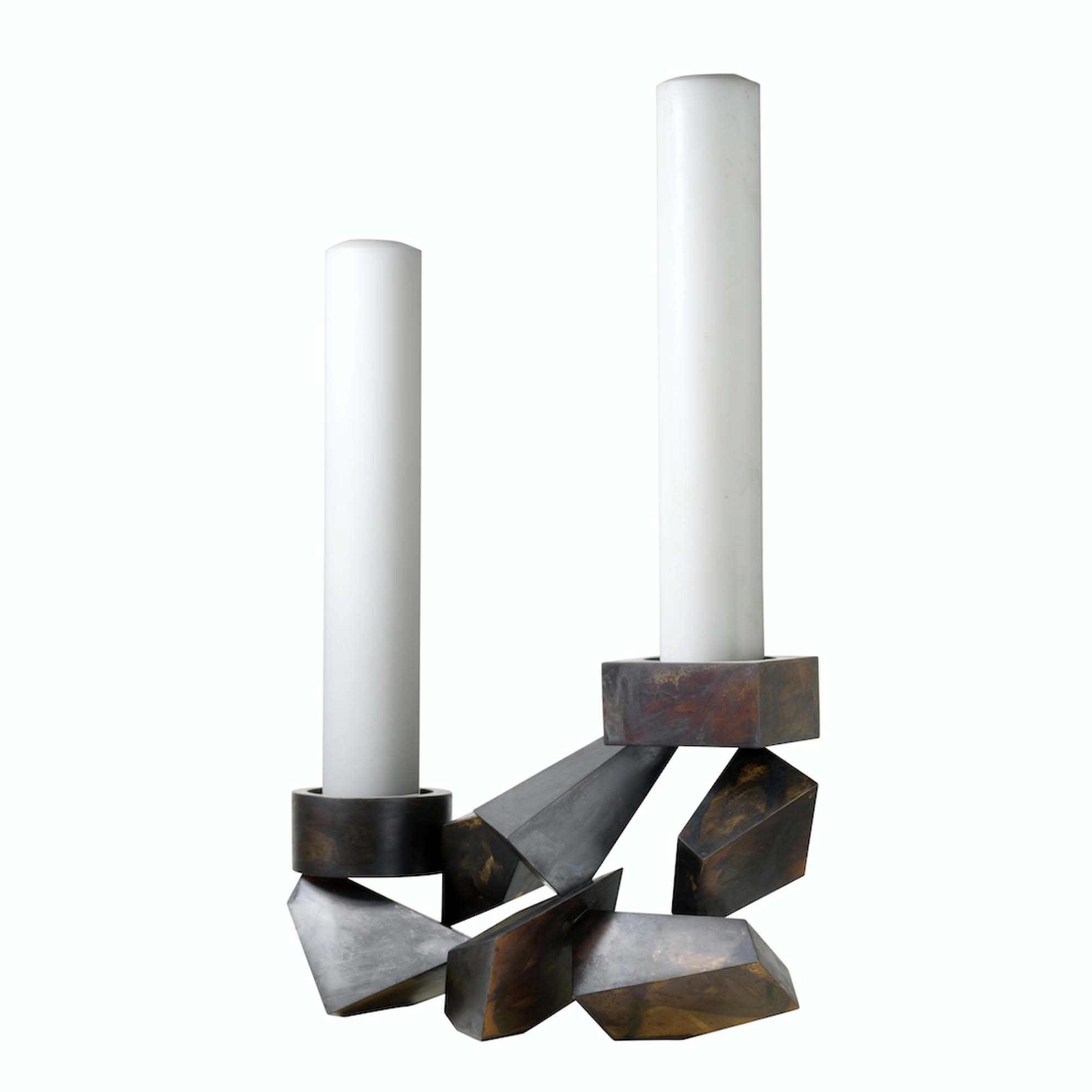 Stamped by the artist.

The Danish silversmith Per Sax Møller was trained in the Danish silver tradition with Jeweler to the Royal Danish Court, A. Michelsen, from 1968-1972. They specialized in modern silver, which was designed by known Danish architects. Later he worked at Preben Salomonsen’s workshop in Copenhagen and was stationed one year at the Louisiana Moderne Museum of Art.

In 1976, Per Sax Møller established himself in a workshop in Copenhagen. He joined the “Danish Silversmiths” and exhibitions throughout Scandinavia. Sax Møller has received Danish State Arts Foundation grant in 1979, 1997, 2000 and 2002. Today his main focus is working with lighting and sculptures. His works are represented in several Nordic Museums and his sculptures are found in important private Collections.

The experiences he has acquired over the years in his silver work, he has in recent years applied to pure sculptural objects, where it is still a matter of working with hollowware, but in many joined parts.

The starting point is a series of sketches where the idea for the sculpture is crafted and later translated into a three-dimensional form. The sculptures are made with a silversmithing technique where plates in 1.5 to 2 mm brass, tombak or bronze are bent and joined with silver soldering. 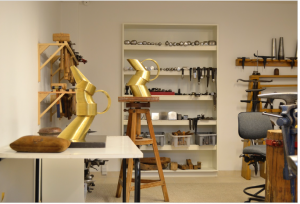