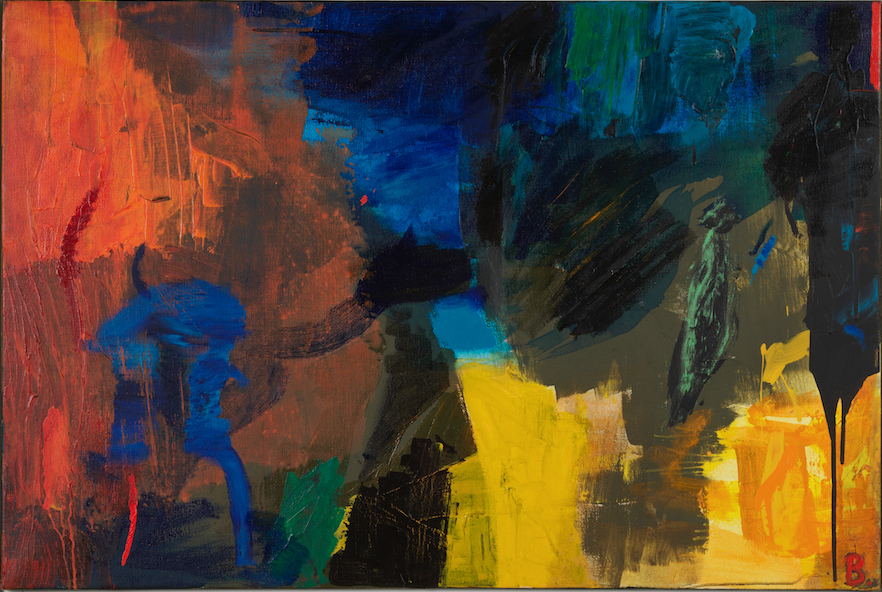 Signed and dated Paris on the reverse 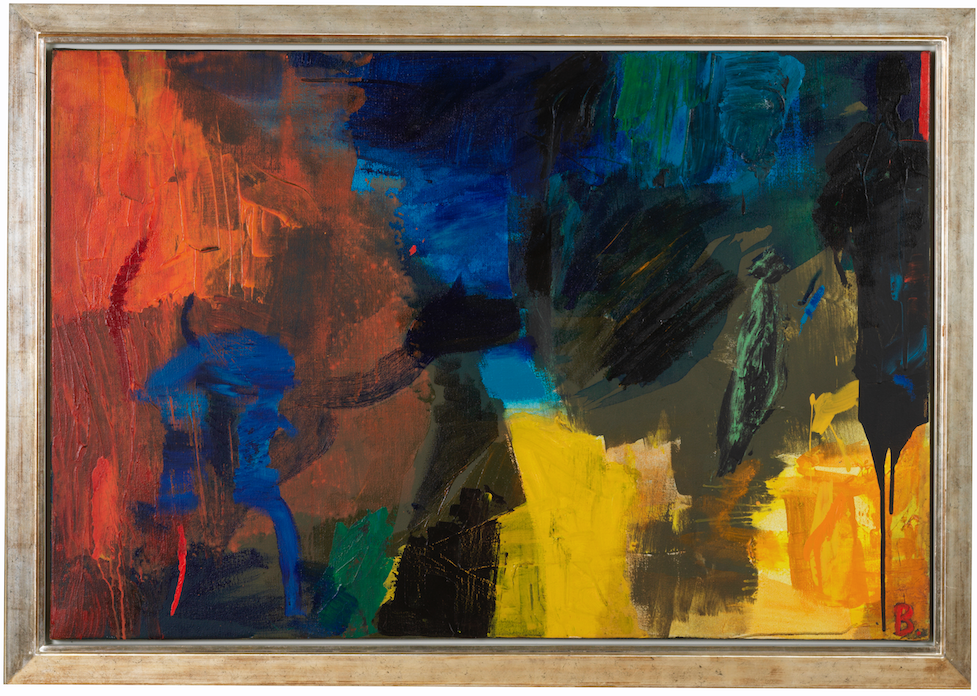 Jens Birkemose (b. 1943) as the son of mason Emil Christian Madsen and Elsebeth Birkemose is a Danish painter and graphic artist. Jens was married to Inge Dorete Birkemose from 1963 until 1976 (where he settled for a number of years in Aalborg), and later the pianist Nanna Willum Hansen.

In his young days he studied piano, composition and music theory at the Conservatory of Music, but later trained via the Academy of Fine Arts in Copenhagen and the Academie des Beaux-Arts in Paris as an artist and graphic artist.

He has traveled extensively in both Europe and the United States, but has lived in Paris since 1976. He returned to Denmark in 2010.

The paintings, which are often very colorful and expressive, can contain motifs that are immediately difficult to spot.

Jens Birkemose is i.a. represented at the Statens Museum for Kunst and Århus Kunstmuseum. In 1991 he received the Eckersberg Medal. He is the recipient of the Statens Kunstfond’s lifelong benefit. Some of his paintings hang in the student canteen, Dalgas Have. From 1980 he has been a member of the artists’ association Decembristerne.