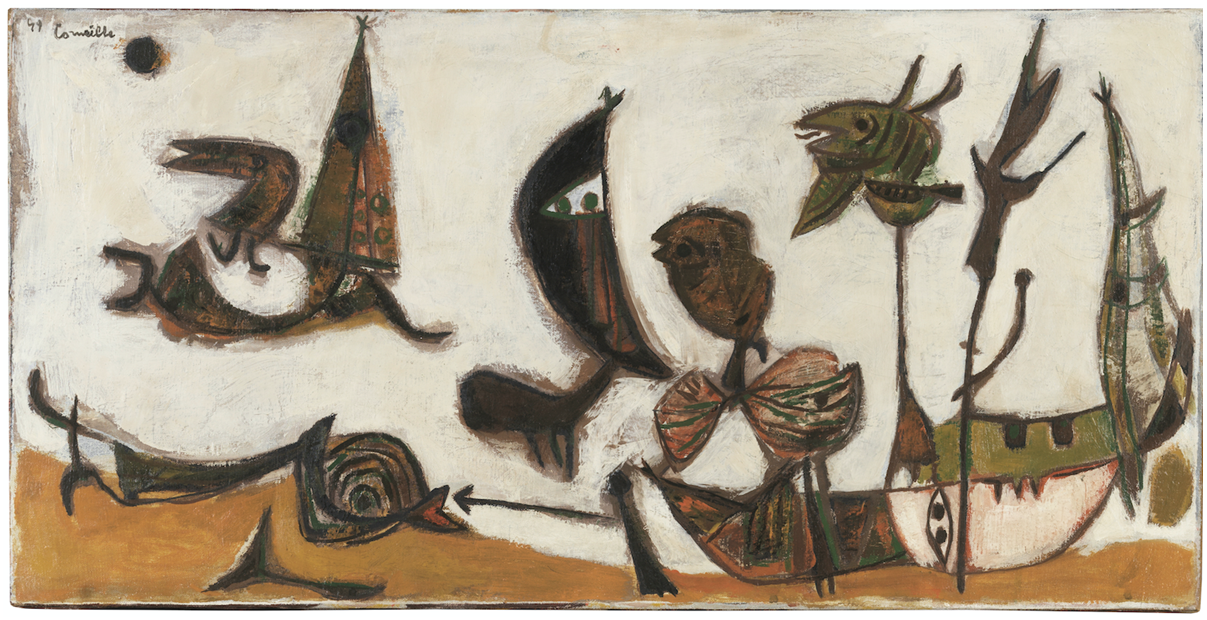 Painted during the early days of the CoBrA revolution, Dépouillement captures Corneille’s fascination with mythic subject matter. Wrought like a piece of cave art or an ancient history painting, its anthropomorphic characters form an indecipherable narrative, rendered with rich, intuitive brushwork. Corneille drew inspiration from artists including Pablo Picasso, Paul Klee and Joan Miró, whose influence is palpable in the work’s surreal, dreamlike composition. After the disbandment of CoBrA in 1951, the artist travelled widely, exploring Africa, South America and other corners of the globe.

Ernest van Zuylen: the noted Belgian industrialist and patron of the arts, who was closely involved with the CoBrA movement. Born in 1886, van Zuylen rose through the ranks of his family’s tobacco and coffee business, while pursuing keen interests in art and photography. He became President of the Société Royale des Beaux Arts in his native Liège, and was one of the first collectors to purchase works by the CoBrA artists. The present work bear witness to his fascination with Corneille: one of the group’s founding members, who played a pivotal role in its evolution. 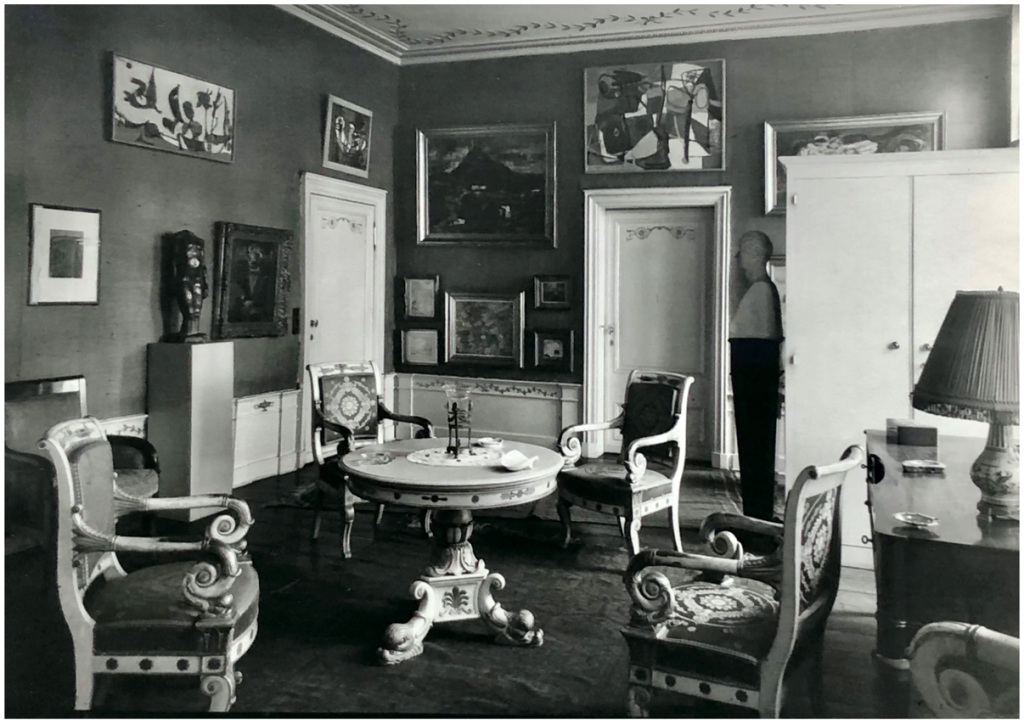 The Belgian artist Corneille studied art at the Amsterdam Academy of Fine Arts. He was one of the founders of the COBRA movement in 1948. He was very active in the COBRA group from the beginning, not just painting, but also publishing poetry in the COBRA magazine. The poetic Corneille was heavily influenced by Joan Miró and Paul Klee, as Asger Jorn.

After the COBRA group’s dissolution in 1951, Corneille moved to Paris and began collecting African art. These primitive artifacts became evident in his own works, which took a more imaginative twist, such as landscapes from bird’s eye view, exotic birds and stylized shapes.

Corneille was a leading member of the CoBrA group