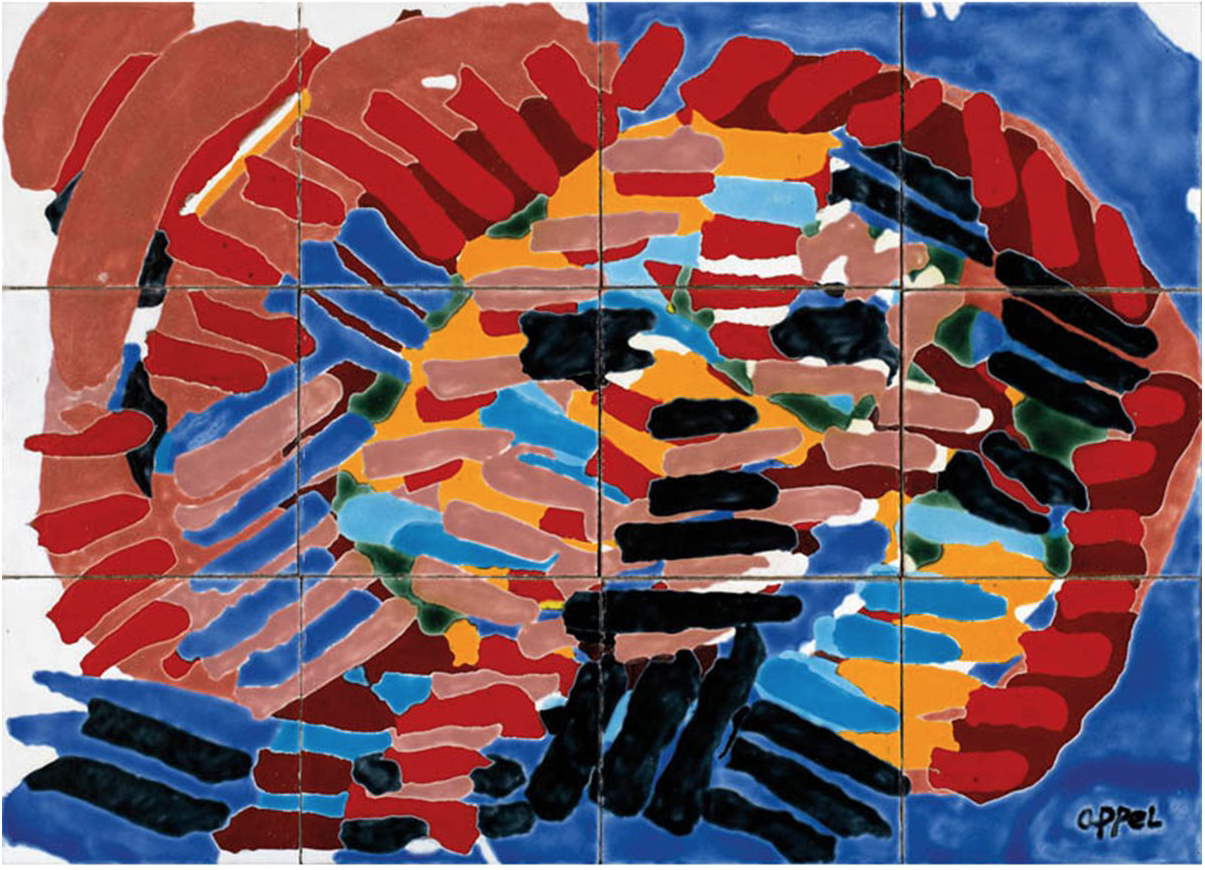 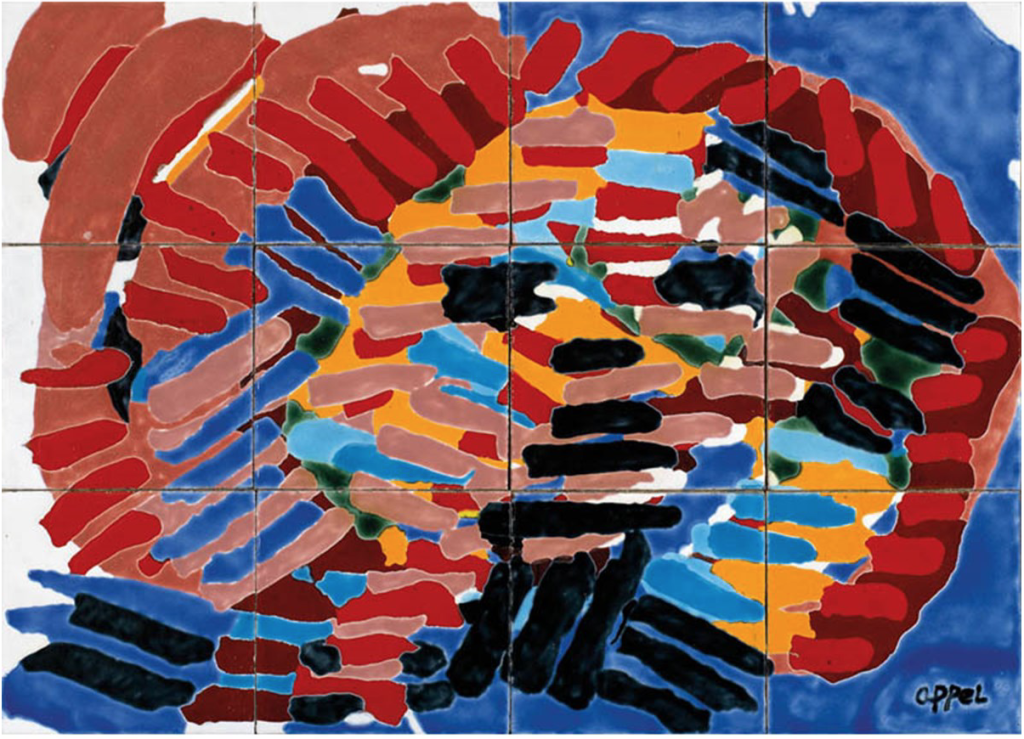 Appel studied at the state academy in Amsterdam from 1940-1943. After World War II he worked with drawings made by children and he had his first exhibition in Groningen in 1946.

He moved to Paris in 1950, where he shared an apartment with Corneille and Constant and he later became a symbol of the artist group COBRA. In his emotional paintings, you find dynamic shapes and strong colors.

Appel has among other things made murals at Stedelijk Museum in Amsterdam (City Museum of Modern Art) and illustrated poetry collections. He received UNESCO’s award in 1954 at the Venice Biennale and Guggenheim’s international award in 1960. Appel began painting reliefs in 1968, followed by large sculptures made of wood, polyester and later in aluminum.