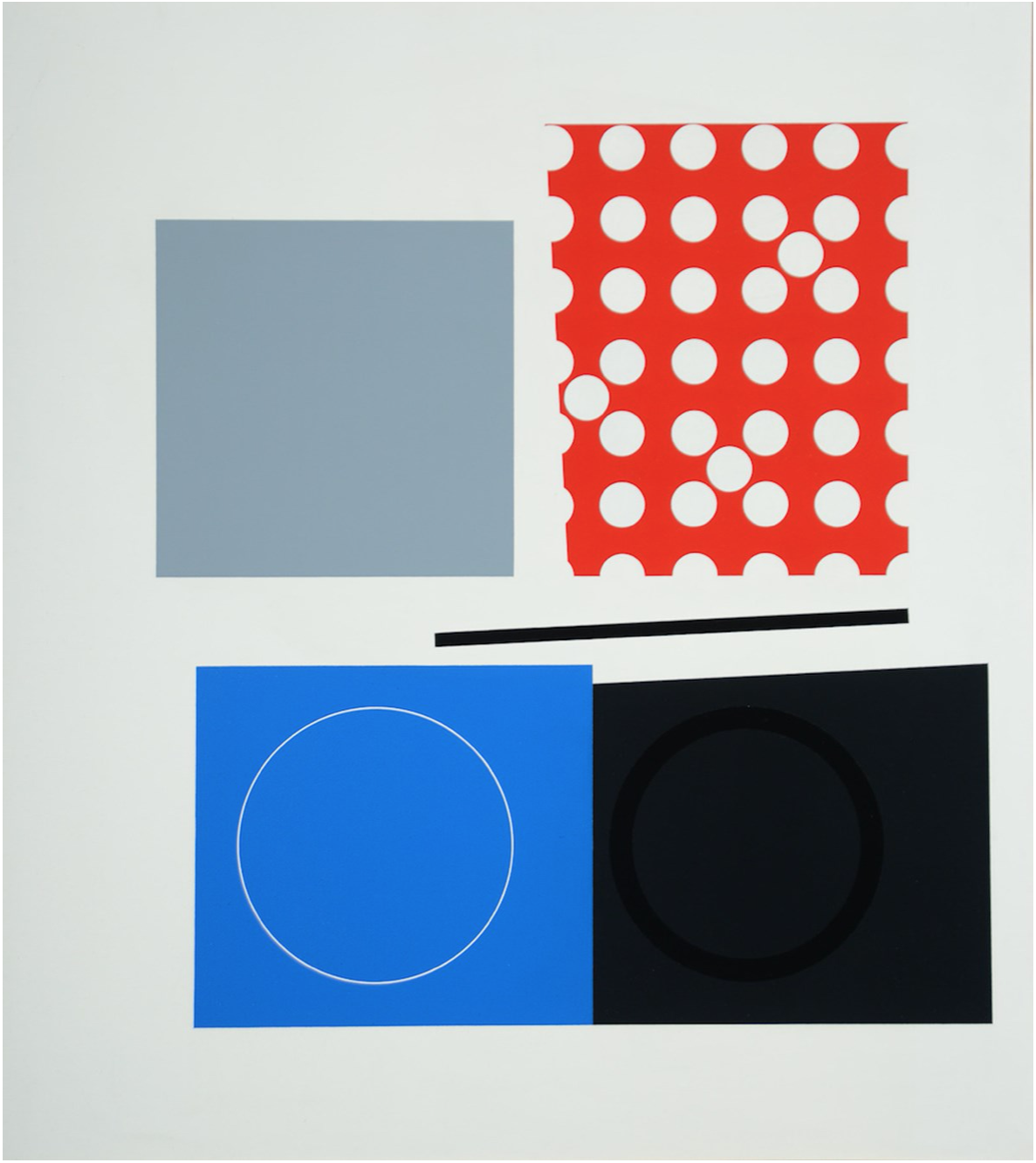 Signed and dated on the reverse. 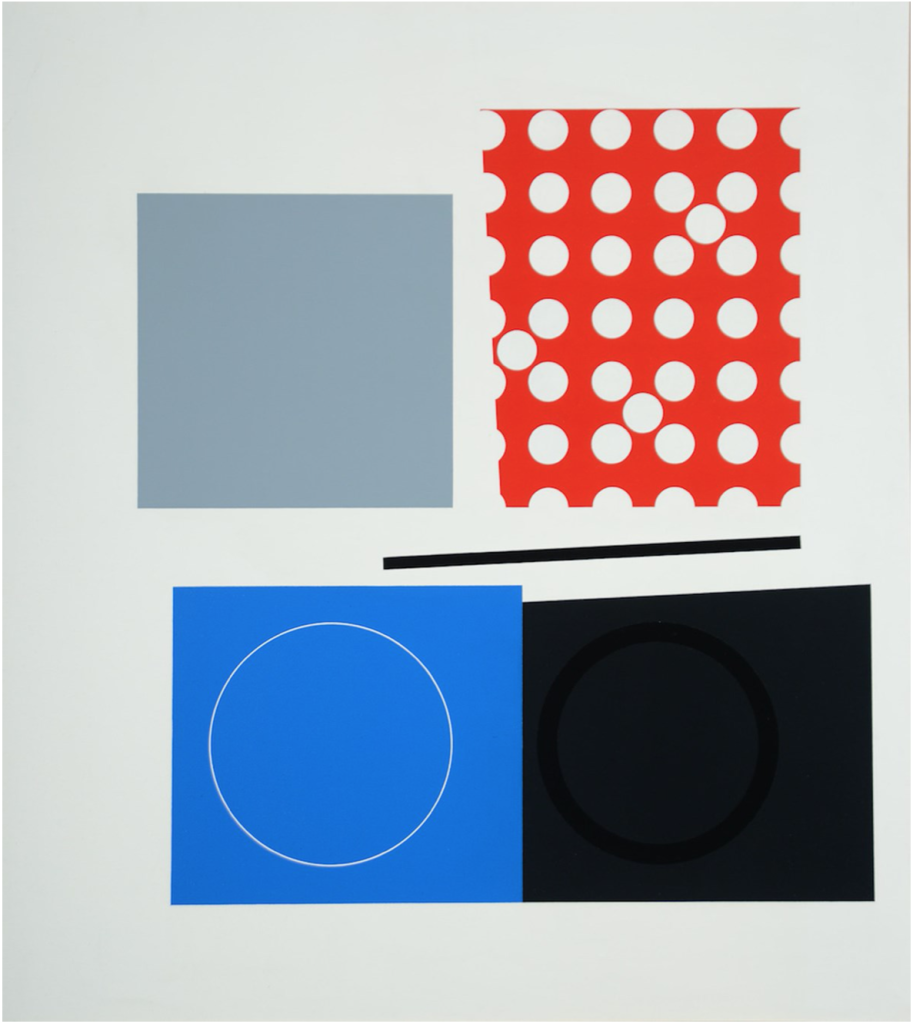 Mogens Lohmann first worked naturalistically, but in the late 1940s the images became more simplified. After a rather short cubist transitional phase with figure pictures and animal sculptures, he tightened up the form further, and from the mid-1950s, the concrete, constructive painting became the form of expression with which he chose to continue working. His interest in mathematics and geometry contributed to this simplification. He used neither template nor tape to clarify the delimitation of the color surfaces, and the direction of the brushstrokes is crucial for the effect of the color in the individual image field. The basic composition of the pictures is built according to the golden section and planned in a very small sketch, which is transferred to the canvas by a squaring system. He gradually developed a series of fixed pixels, the circle, often only in the form of a piece of a circle, the triangle, the square, often as a frame on oblique, vertical or horizontal stripes, or as surfaces that break and form folds in space, and the rod , sometimes broken into zigzag shaped pieces. These form elements float in mutual balance, but during the work the colors influence the relationship between figure and ground, so that in some places the background becomes an active, participatory form. L.s coloring is mainly based on the 3 main colors, red, yellow and blue, as well as green. He deliberately plays on optical phenomena in his color combinations, where the clash of contrasting colors often makes it flicker before his eyes. He did not perceive himself as a theorist, but his paintings seem very conscious due to the careful painting process, with fits and ruler, brushes and scratch feathers. For L., it was first and foremost about precision, good workmanship. He thereby constructed his own universe, where the surface of the image is laid out according to geometric systems and sensation. Most of L.’s pictorial titles are compositions with pure numbering, and he perceived form and color as a counterpart to the music, which he thus allowed to be expressed in his works, simply created with the elements of geometry.