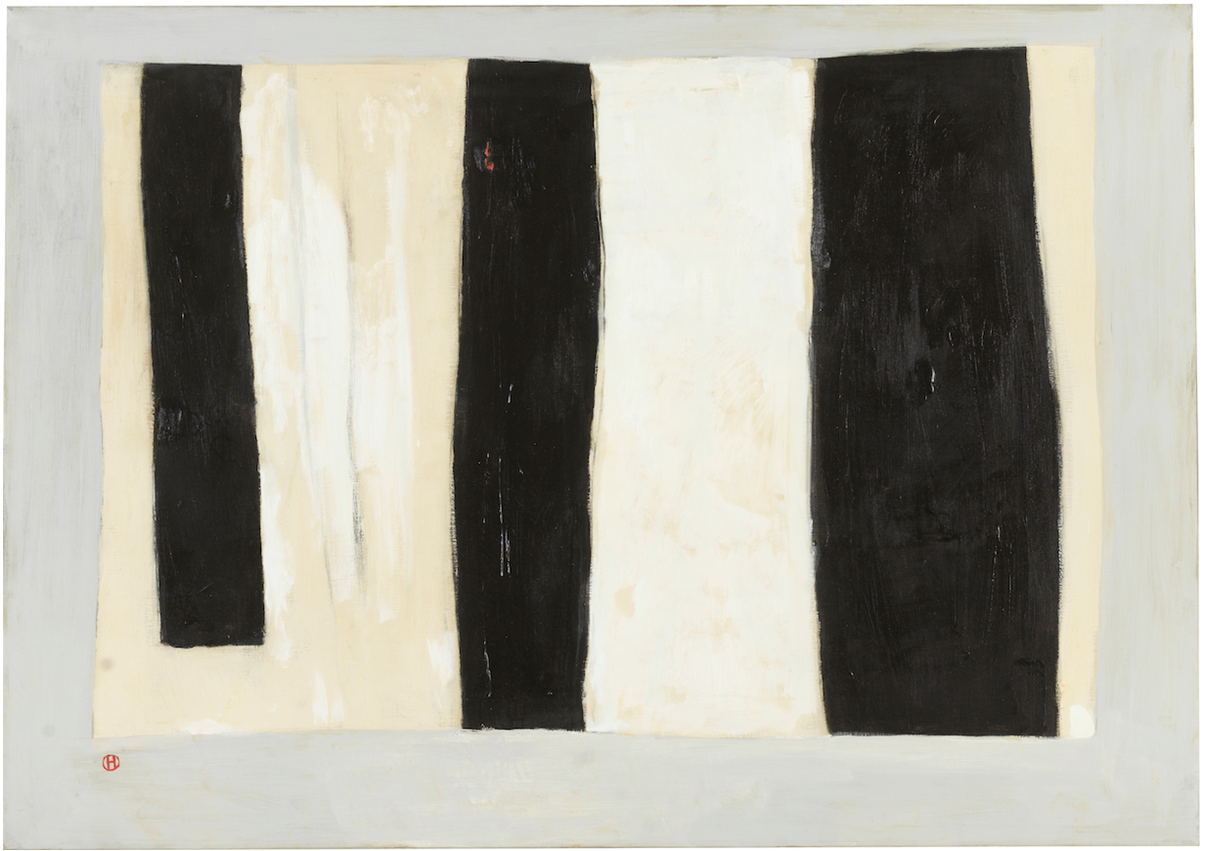 Signed monogram, signed and dated on the reverse 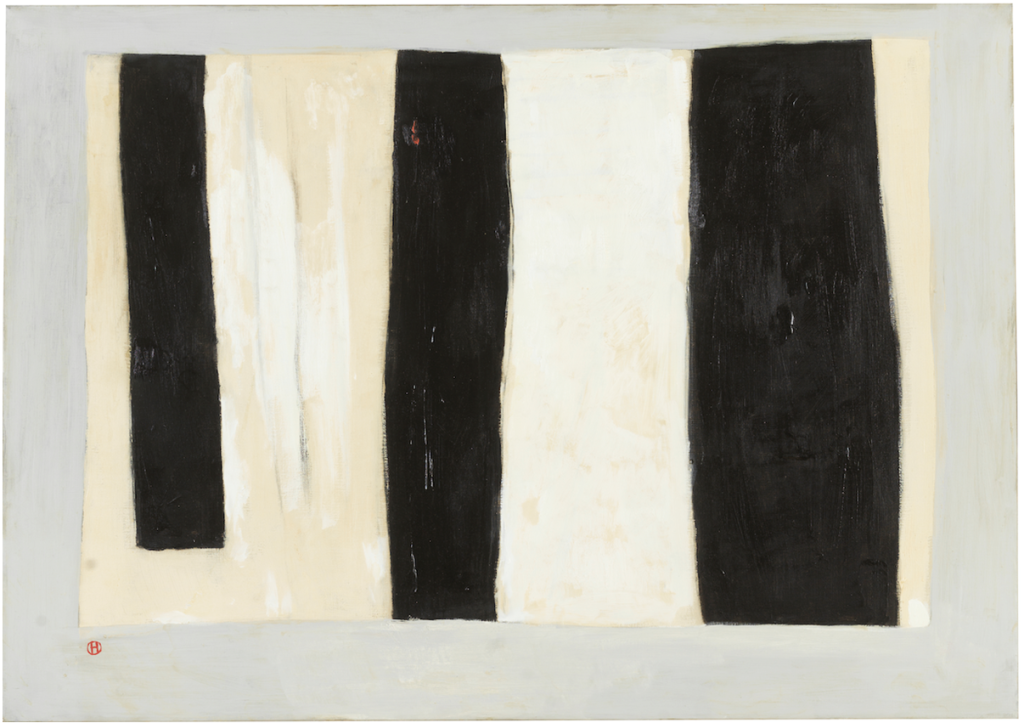 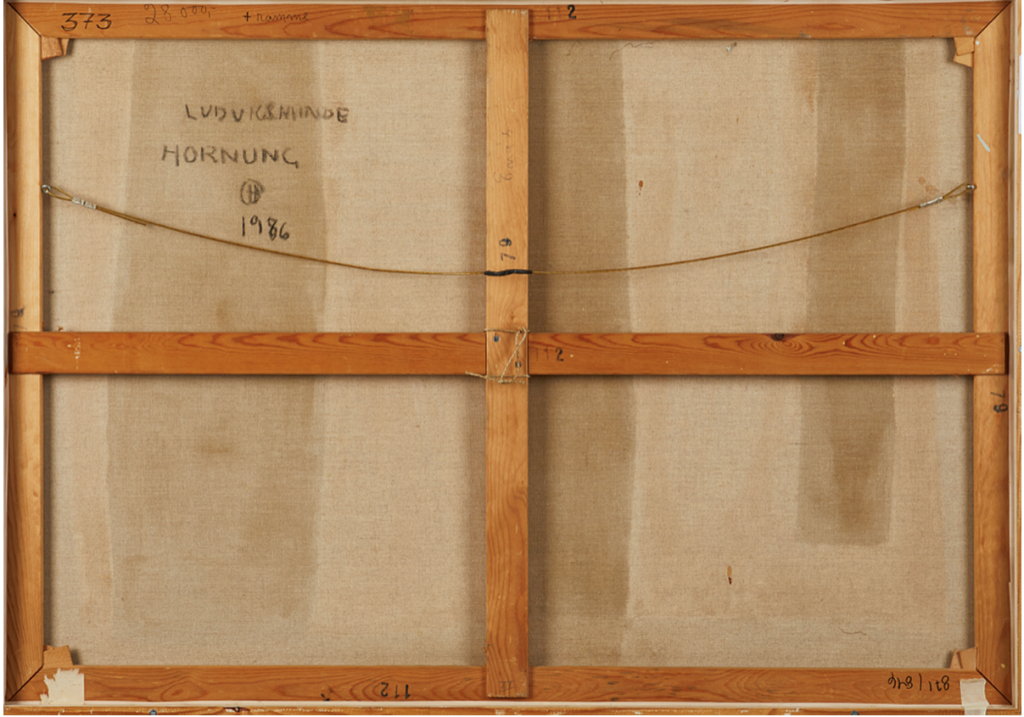 His earliest paintings from the 1930s are characterized by abstract colorism and during his career he played a central role in the development of abstract art.

From 1949-51, Hornung exhibited together with the artists’ association Linien II, which was a group inspired by the abstract, constructivist art with geometric shapes and dynamics as the focal point. Among other things, Hornung painted a number of factory paintings during that period, which were black-and-white abstractions of industry and mass production. In his last years of life, he also painted meditative images, often using a fine-grained scale. He also returned to the classic portrait genre and made, among other things, three portraits of Queen Margrethe 2. He also made major decorating assignments for, among others, De Danske Sukkerfabrikker, Aarhus University and Danmarks Nationalbank. In addition to his career as a visual artist, he worked as a set designer at the Royal Theater, the Norwegian Opera and Aarhus Theater.

Preben Hornung exhibited as a member of Den Frie Udstilling 1957-74, and Decembristerne from 1977.