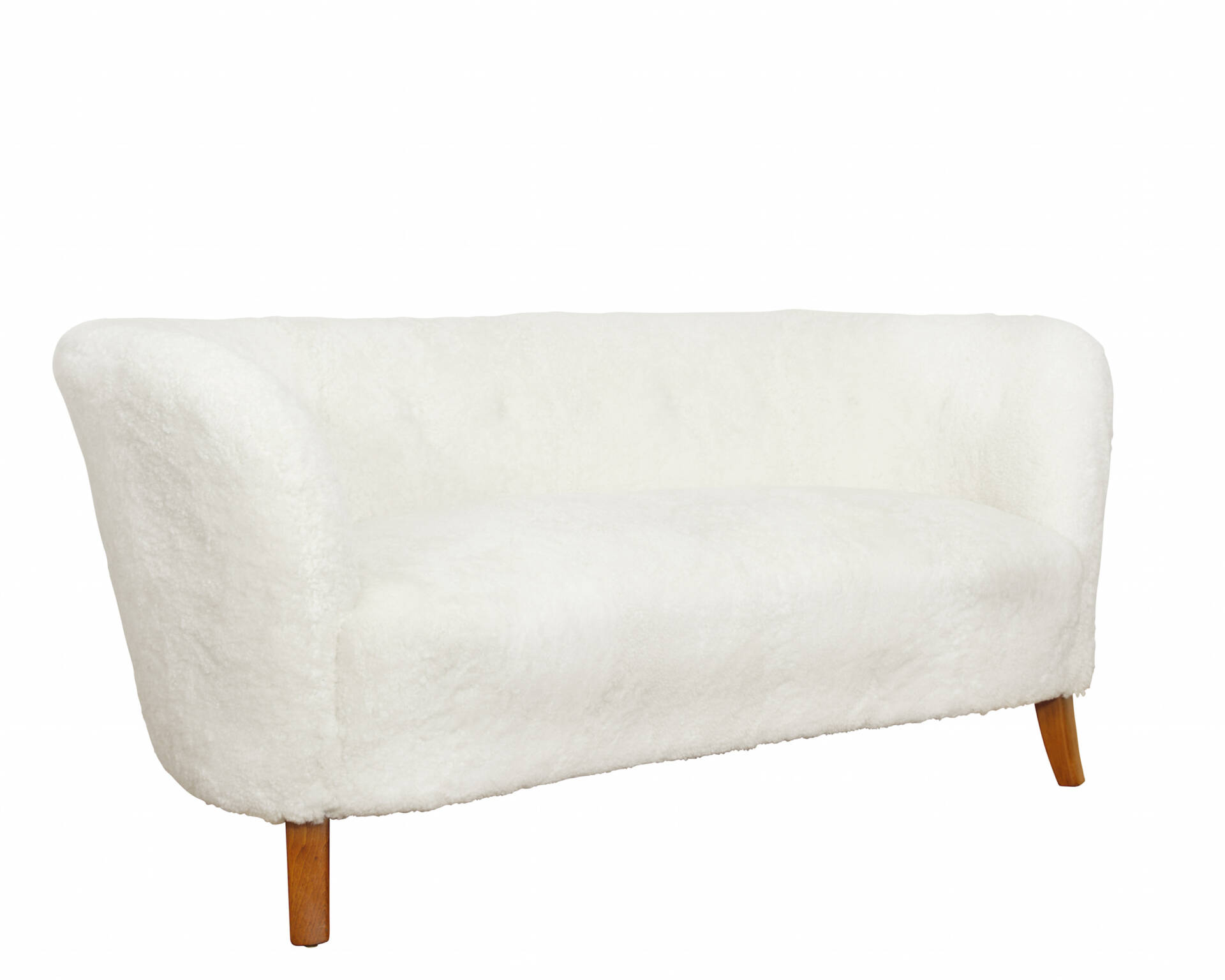 A freestanding two seater sofa with stained beech legs. Sides, seat and back upholstered with white sheepskin,  This example made 1940–1950s 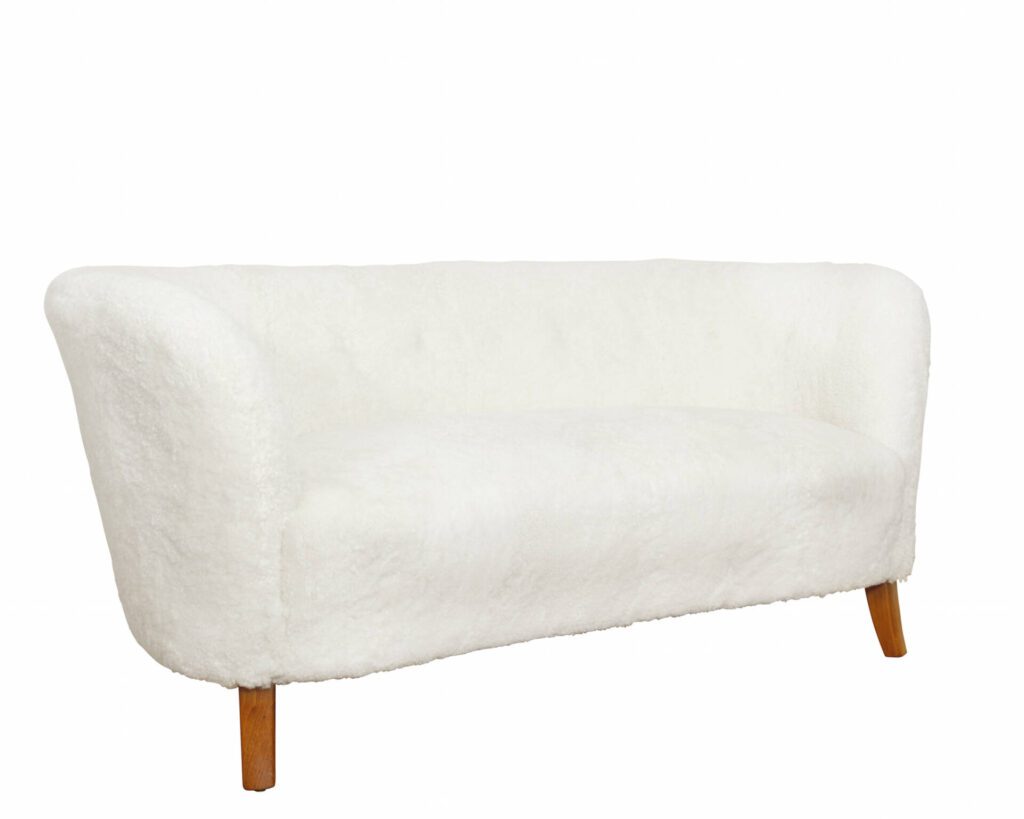 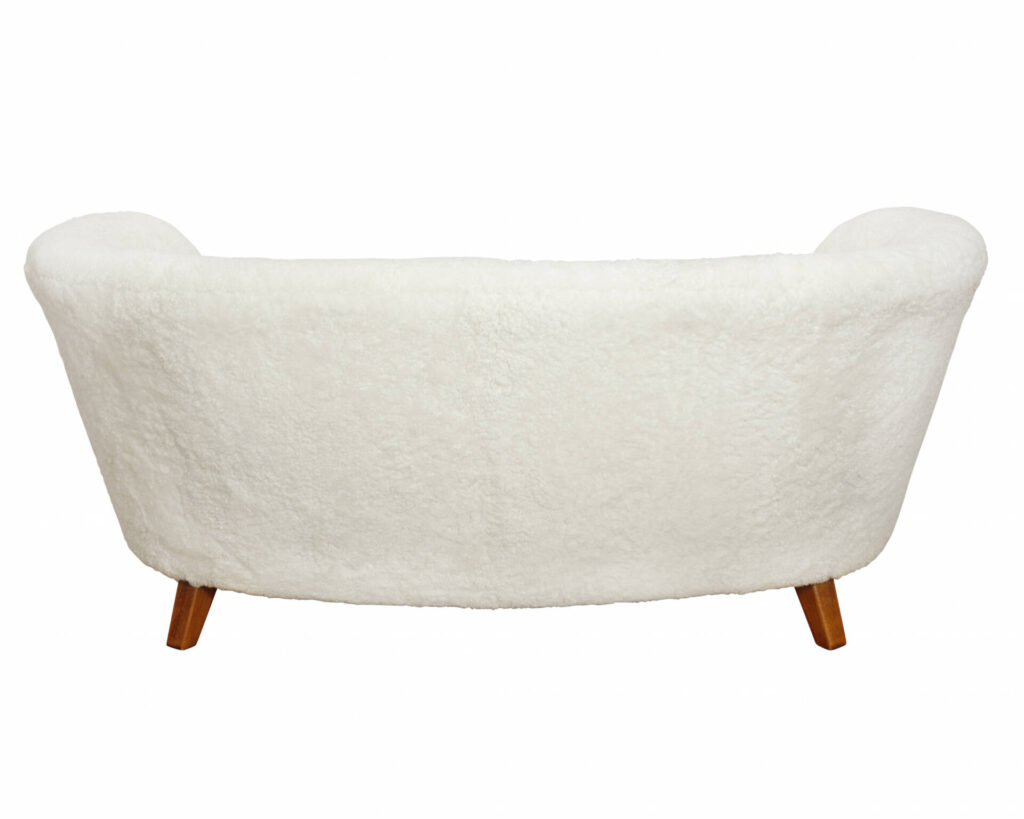 Flemming Lassen (1902-1984) was a Danish architect and furniture designer.

Lassen was in his early days employed at a couple of different design studios where the job at the childhood friend and boarding school companion, Arne Jacobsen´s design studio, appears to be the most prominent one. Here he worked until 1939. Later he became independant and he started his own design studio. He was a teacher at the School of Fine Arts in the School of Architecture department.