A pair of wall lights in brass and frosted glass 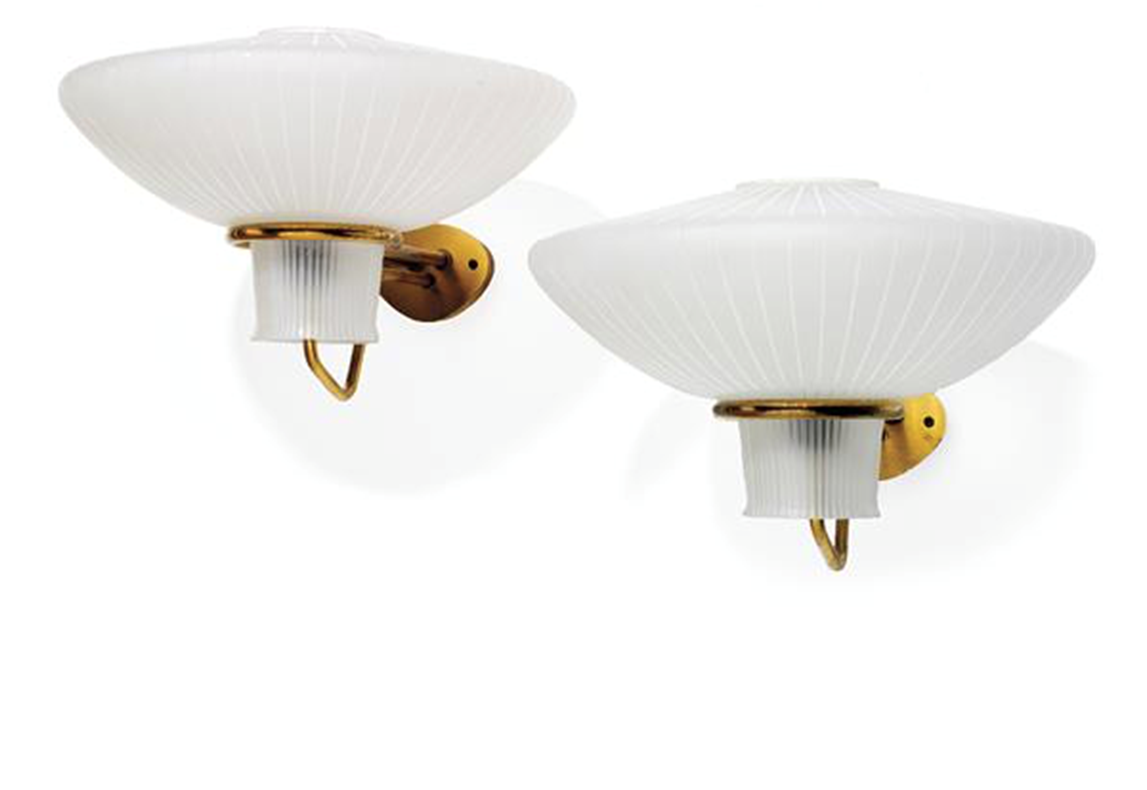 A pair of wall lights in brass and frosted glass

Manufactured by ASEA in the 1950´s 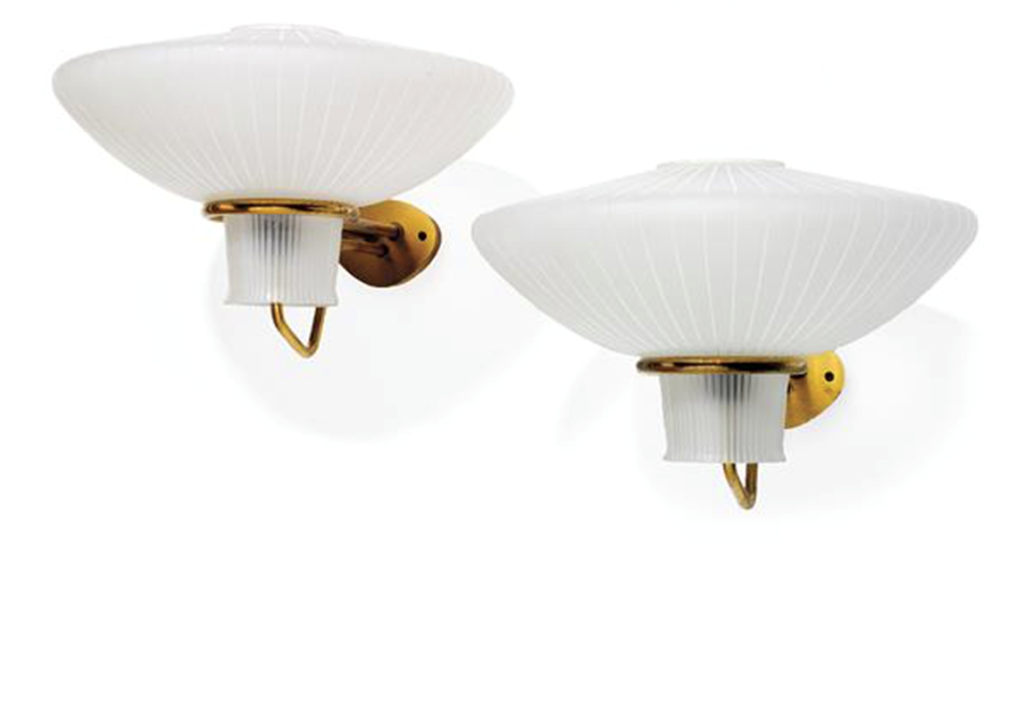 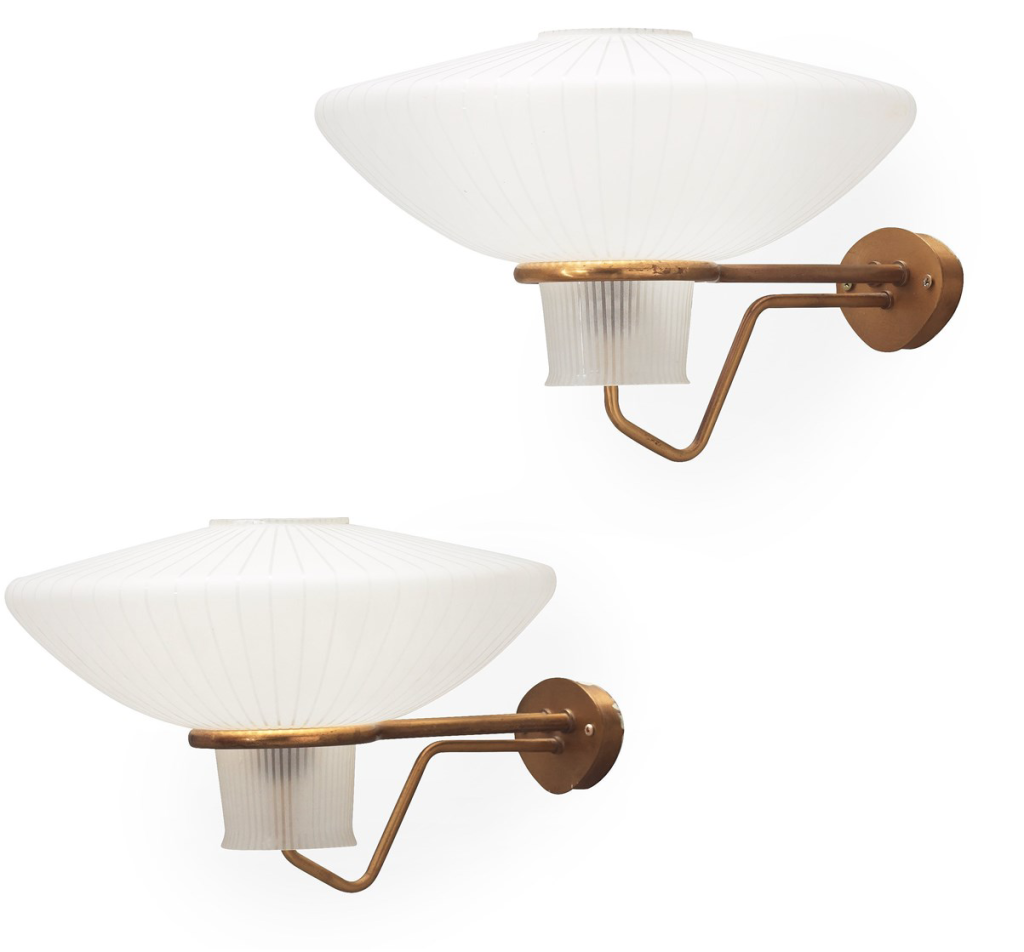 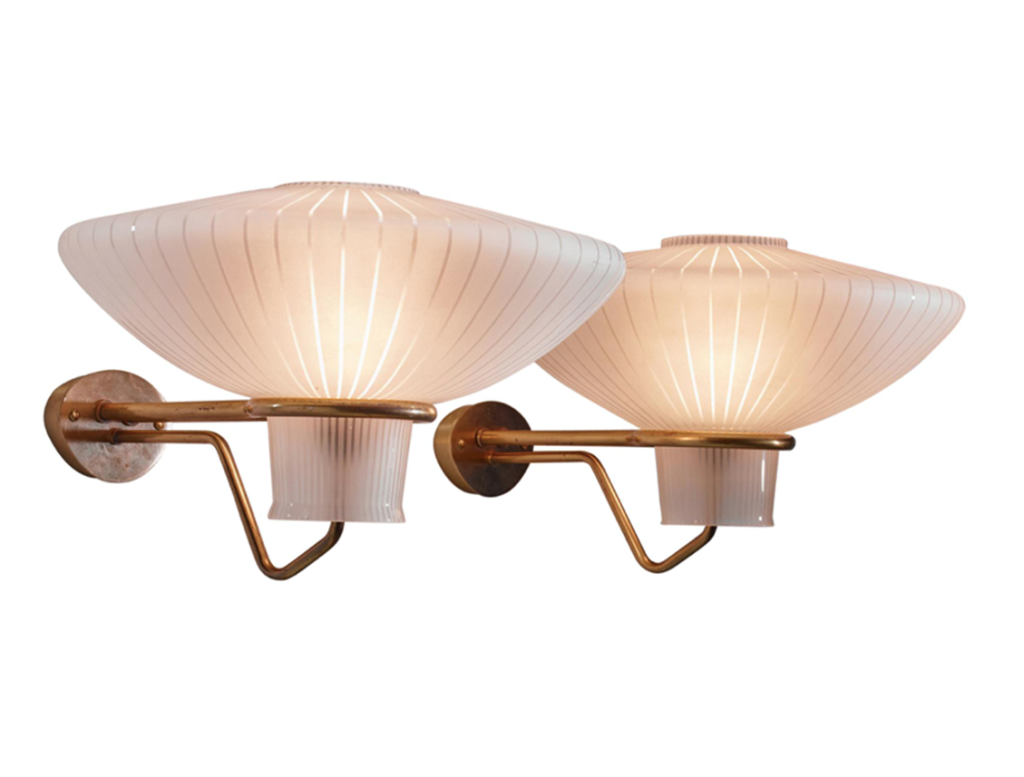 Erik Gunnar Asplund (1885–1940) was a Swedish architect, mostly known as a key representative of Nordic Classicism of the 1920s, and during the last decade of his life as a major proponent of the modernist style which made its breakthrough in Sweden at the Stockholm International Exhibitionin 1930. Asplund was professor of architecture at the Royal Institute of Technology from 1931. His appointment was marked by a lecture, later published under the title “Our architectonic concept of space. The Woodland Crematorium at Stockholm South Cemetery (1935-1940) is considered his finest work and one of the masterpieces of modern architecture.

Among Asplund’s most important works is the Stockholm Public Library, constructed between 1924 and 1928, which stands as the prototypical example of the Nordic Classicism and so-called Swedish Grace movement. It was particularly influential on the proposal submitted for the competition for the design of the Viipuri Library in 1927 by Finnish architect Alvar Aalto, who regarded Asplund as his mentor.

Another important work is the extension of the Gothenburg Courthouse Extension building which Asplund started on 1913 and finished 1937 – it shows his transformation from neo-classical to Functionalist architect, a transformation in parallel with other European modernists like Erich Mendelsohn.

Asplund collaborated with architect Sigurd Lewerentz in the design of Skogskyrkogården, a cemetery which is a UNESCO world heritage site, created between 1914 and 1940. Although temporary, the modernist, exposed-glass-and-steel-frame Entry Pavilion at the fair was internationally influential.