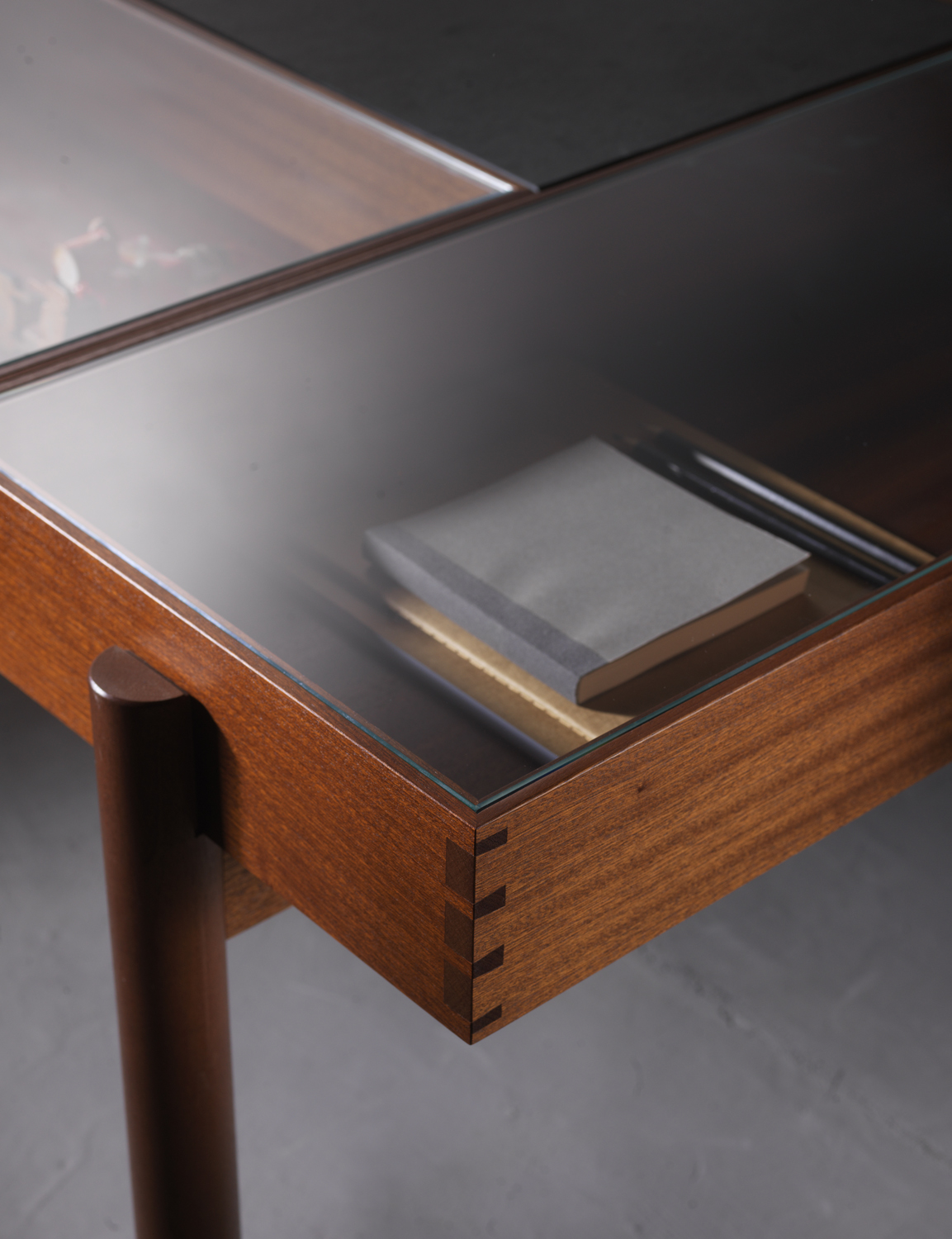 Michael Bloch’s furniture often speaks its own very simple and functional design language. The type of wood and other natural materials create a unique entity, such as this square coffee table or ‘display case table’, which was exhibited at the Cabinetmakers’ Furniture Exhibition of Decorative Arts in Copenhagen in 1966. The coffee was presented to Queen Ingrid who gave the table as a wedding present to Princess Margrethe. The table can still be found at Amalienborg Palace in Copenhagen. 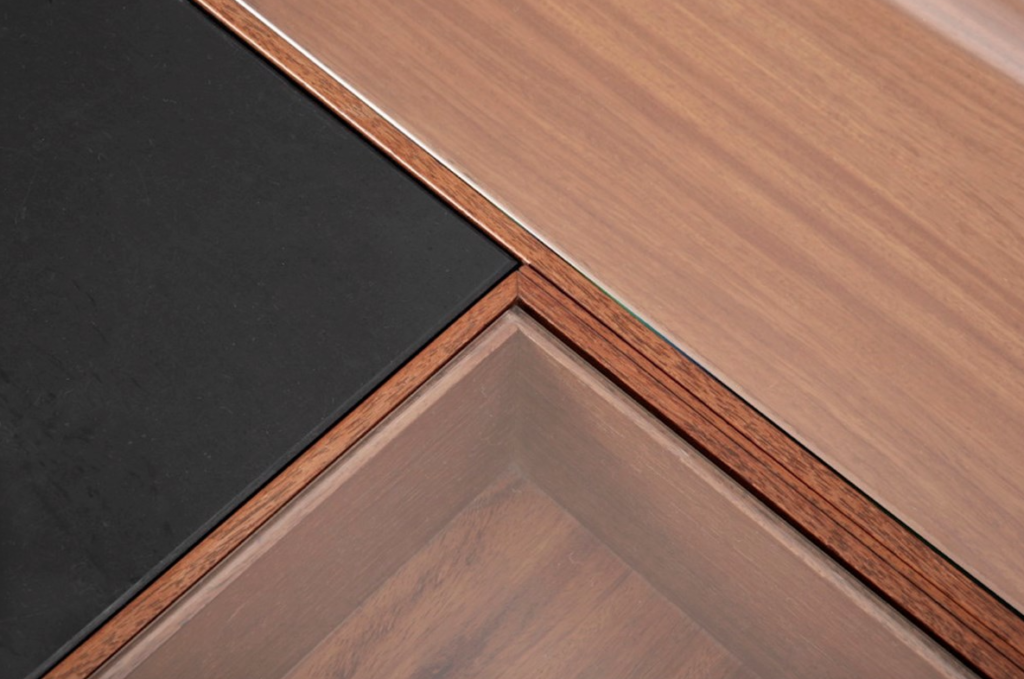 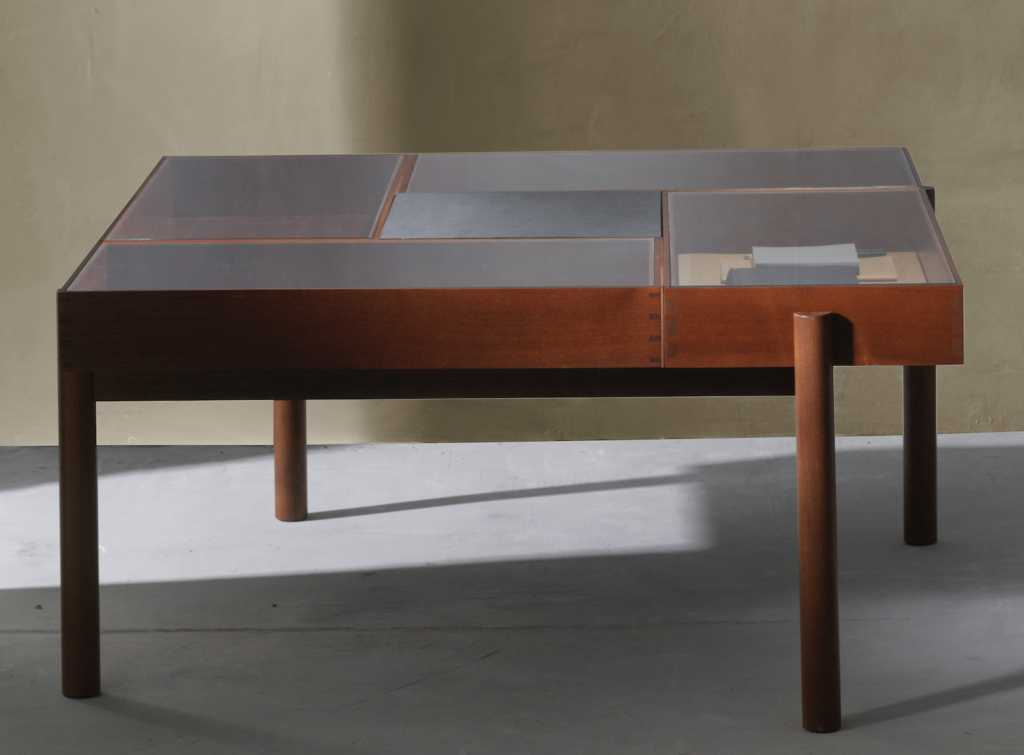 Michael Bloch graduated as a cabinetmaker from the Technical School in Copenhagen in 1954. He was awarded a silver medal for a handmade teak cabinet that was exhibited at the Cabinetmakers’ Guild anniversary exhibition the same year. Bloch went on to the School of Architecture & Furniture in 1957 ,where his lecturers included the well-known architects Hans J. Wegner, Poul Kjærholm and Grete Jalk.

As a final examination from the School of Arts and Crafts, Michael Bloch was asked to design furniture and interiors for a planned academy of music in Copenhagen designed by Jørn Utzon. However, the plans were later abandoned, but the prototypes of the furniture and the drawings survived. While Bloch was employed by the architects Christian Erik and Aage Holst in 1957-77, he designed his own line of furniture and attracted buyers from both Europe and Japan. In 1988-90, Bloch was employed by Royal Building Inspector David Bretton Meyer.

Bloch was then employed by the Royal Civil List from 1992 as registrar and architect. During that period, Bloch designed a number of items of furniture for the Royal family.